Here’s what happened on Day 1 of the ONE Esports Dota 2 Singapore World Pro Invitational Group Stage. 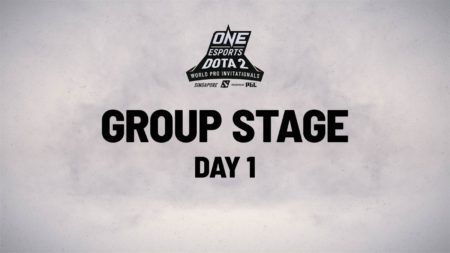 After a full day of Group Stage action at the ONE Esports Dota 2 Singapore World Pro Invitational, 15 games have been played, with 15 more to be played tomorrow.

Team Secret and Alliance impressed early on, with both teams finishing with 5-1 overall records, topping Group A. Their only losses came to each other.

TNC Predator and Virtus.pro both recovered from a poor start to the day, finishing with a 3-3 record to take joint third place in the group.

J.Storm and Team Aster both struggled, with both teams on the brink of elimination with 1-5 records.

CIS team, Gambit Esports, were the surprise of Group B, with a perfect 4-0 record, winning both of their matches against Team Liquid and Na’Vi to top Group B.

Tied for first place with Gambit were Evil Geniuses, who took 2-0 victories over both Vici Gaming and PSG.LGD.

Na’Vi and Vici Gaming are tied for 3rd in the group, with 2-2 records. Na’Vi defeated PSG.LGD, while Vici Gaming defeated Team Liquid.

Surprisingly, both Team Liquid and PSG.LGD struggled on day one, with both teams now on the brink of elimination with winless 0-4 records.

Standings at the end of Day 1