The European squad got their ONE Esports Dota 2 Singapore World Pro Invitational campaign off to a great start with a 2-0 sweep over Team Aster. 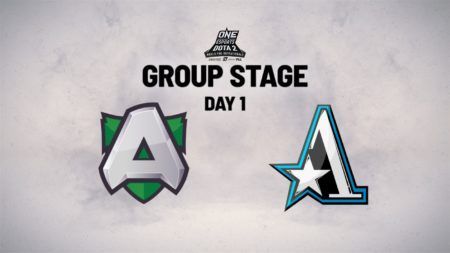 Chinese team Team Aster and European squad Alliance got their ONE Esports Dota 2 Singapore World Pro Invitational campaigns started today, facing off against each other on Day 1 of the Group Stage.

Unfortunately for the Chinese squad, they were no match for the Europeans, as Alliance dominated both games, leading to a 2-0 sweep for Alliance.

Team Aster managed to get themselves into the game, as Kee Chyuan “ChYuan” Ng’s Puck went on a killing spree, picking off Alliance hero after hero.

However, in the end it wasn’t enough to stop Alliance’s momentum, and with the rest of Aster unable to secure kills, Alliance was able to push for Team Aster’s Ancient, taking game one in 30 minutes.

Game two was more one-sided, with Alliance dominating practically from the start. Just 23 minutes in, Alliance pushed into Aster’s base, taking down three members of the Chinese squad before Aster were forced to call GG.