Gambit look impressive in their first match, getting the 2-0 sweep over Team Liquid 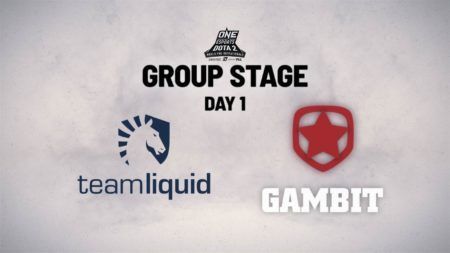 CIS squad Gambit Esports opened their group stage campaign in Group B of the ONE Esports Dota 2 Singapore World Pro Invitational with an impressive 2-0 sweep over Team Liquid.

Liquid opened game one with a tri-core of Weaver for Michael “miCKe” Vu, Viper for Maximilian “qoqjva” Vu, and Samuel “Boxi” Svahn on Underlord.

Gambit opted for a greedy tri-core of their own with a safelane Ember for Danil “gpk” Skutin, mid Naga for Kiyalbek “dream” Tayirov, and an offlane Lone Druid for Maxim “Shachlo” Abramovskikh.

Liquid went with an unusual lane setup to try and win their lanes, with Boxi’s Underlord going mid, qoqjva’s Razor up top and micke down bottom with each having one support backing them up , which somehow worked out well as Gambit’s cores had a slow start.

While Liquid predictably amassed a significant advantage, Gambit was able to delay long enough for their tri-core to come online. Gambit teamwiped Liquid in their own jungle to take control of the game and eventually win game one after 40 minutes.

For game two, Gambit ran a strong ranged-core composition with Drow Ranger for gpk and Templar Assassin for dream, and with Artiom “fng” Barshack on Vengeful Spirit to give them more range through Vengeance Aura.

Meanwhile, Liquid opted for another unusual laning setup with micke on a mid Puck, qoqjva on a safelane Lycan, with Boxi the only one on his usual spot as offlane Mars.

Gambit handily won the laning phase this time, with gpk’s Templar Assassin quickly hitting a power spike that allowed his team to go on the offensive and take objectives. With the Aegis in tow, gpk was simply unstoppable in fights as Gambit cruised to a 25-minute victory and secured a 2-0 sweep of Liquid.

READ MORE: ONE Dota 2 WPI Group Stage Day 1 results: EG pull off an amazing comeback to secure the 2-0 against VG