ONE Dota 2 WPI Group Stage Day 1 results: TNC bounce back with a 2-0 win over Team Aster

The Chengdu Major champions managed to stabilize the ship, picking up a much-needed 2 points. 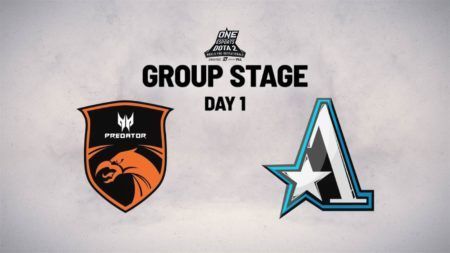 The ONE Esports Dota 2 Singapore World Pro Invitation Group Stage continued this afternoon with TNC Predator going up against Team Aster, with both teams desperate for points as they try to qualify for the Main Event.

Team Aster decided to go with the Shadow Fiend mid for Kee “Chyuan” Ng, and a hard carry Tiny for Song “Sccc” Chun.

TNC gave their core players heroes they’re more familiar with, with Armel “Armel” Tabios on the Templar Assassin, and Timothy “Tims” Randrup on his Earth Shaker.

Team Aster took the early advantage from TNC by winning the sidelanes. They also continued to outmaneuver and outlast their Filipino rivals, which gave them a small gold advantage.

TNC made their way back into the game with Tims’ timely Echo Slam on three Aster heroes, and they were finally able to secure their first kills of the game at the 25-minute mark.

With the game now wide open, Aster tried to gain an advantage by securing Roshan.

Aster followed up by charging up TNC’s high ground and tried to take down more Dire heroes, but when they overextended, it cost the Chinese squad dearly, and TNC took a commanding lead after winning the team fight.

With an 11,000 gold lead on their side, TNC won a team fight right outside the Radiant base and eventually finished game one a few moments later.

TNC had a better start to game two with their area-of-effect spells that caught multiple Team Aster heroes in the middle lane.

TNC resorted to guerilla tactics by hiding in the trees and waited for Team Aster to pass and got key pickoffs. Gabbi on the Morphling gave his team map control by securing an Ultra Kill against Team Aster.

TNC made a crucial mistake at the 28-minute mark by trying to contest for Roshan with two of their heroes down, giving Aster a small window to attempt a comeback.

Luckily for TNC, their sneaky Outpost ganks worked against Team Aster, which helped secure their 2-0 victory. TNC moves up to a 3-3 record, while Team Aster falls to 1-4.

READ MORE: ONE Dota 2 WPI Group Stage Day 1 results: EG pull off an amazing comeback to secure the 2-0 against VG