Alliance continue their hot streak with four straight wins in Group A. 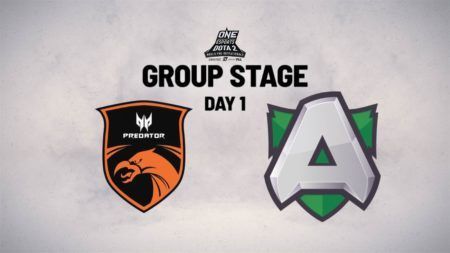 TNC Predator continued to struggle in their second game of the day, as they faced a surging Alliance squad hot off their 2-0 win over Team Aster.

TNC’s lineup started slow with Armel “Armel” Tabios’ Lina being shutdown by Linus “Limmp” Blomdin’s Viper during the early laning stage. Simon “Handsken” Haag was able to dictate the pace of the game with a quickly farmed Eul’s Scepter that helped his team get easy pickoffs.

TNC tried to make moves around the map, but Alliance had such an insurmountable hero advantage that the writing was already on the wall for the Filipino squad.

After failing to put up a decent high-ground defense against Alliance, TNC were forced to tap out of game one.

TNC made adjustments after their game one loss and drafted more meta heroes in game two with a Naga Siren on Kim “Gabbi” Villafuerte, but they uncharacteristically put Timothy “Tims” Randrup on the Crystal Maiden.

Meanwhile, it was Alliance who chose an unconventional drafting phase with a Dragon Knight in the middle lane and a Shadow Fiend in the dual-safelane.

TNC’s core heroes did well during the start of the laning stage, while Alliance’s positon 1 Shadow Fiend on Nikolay “Nikobaby” Nikolov struggled to farm for the first few minutes of the game.

With Gabbi lacking key carry items during the late-game stage, both Nikobaby and Neta “33” Shapira easily took down the Naga Siren and the rest of TNC’s heroes to earn a Godlike and a Beyond Godlike killstreak respectively that helped their team win game two.