The CIS team looked dominant in their first match of the ONE Esports Dota 2 Singapore World Pro Invitational. 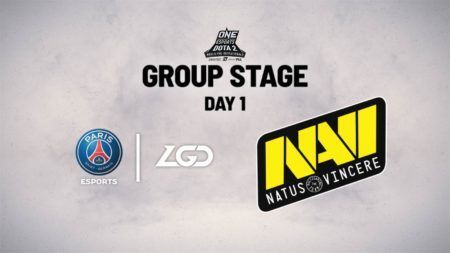 CIS team, Natus Vincere, and Chinese team, PSG.LGD, faced off against each other in their first matches of the ONE Esports Dota 2 World Pro Invitational on Day 1 of the Group Stage.

Na’Vi dominated throughout, taking both games fairly easily, and climbing to the top of Group B alongside EG and Gambit.

At the 43-minute mark, Na’Vi secured a full team wipe on PSG.LGD, and strolled into the Chinese base to finish the game.

Picking up from their first game momentum, Na’Vi won their respective lanes against PSG.LGD.

Once again, PSG.LGD never really got into this game, and Na’Vi’s superior rotations ran circles around them. Just five minutes into the game, Na’Vi managed to take down three members of the Chinese team.