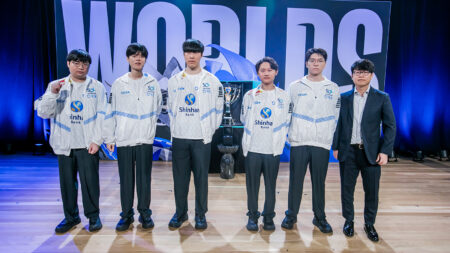 In the all-Korean grand finals, DRX defeated T1 3-2 in a thrilling series that went the distance.

In a recent interview, DRX’s Hong “Pyosik” Chang-hyeon stated that he will not be joining a LCK team and will be moving abroad. On December 3, 2022, Team Liquid announced Pyosik as their new jungler.

Pyosik isn’t the only player that will be moving to LCS in 2023. On December 11, 2022, FlyQuest announced the recruitment of Liiv Sandbox’s bot laner, Lee “Prince” Chae-hwan, to the team.

However, these aren’t the only LCK teams that have made significant roster changes with star free agents, there are other big names who will be available as free agents this year, and we’ve consolidated the full list below.

List of LCK players who are free agents starting November 21, 2022

The 2022 LCK Summer champions, Gen.G, decided to mutually part ways with ADC Park “Ruler” Jae-hyuk, which was requested by the player. On December 9, 2022, it was announced that Ruler has joined JD Gaming. Gen.G’s jungler, Han “Peanut” Wang-ho, and top laner, Choi “Doran” Hyeon-joon, have renewed their contracts.

Fredit BRION, who finished in 9th place during the 2022 Summer Split, had parted ways with Choi “Sw0rd” Seong-won, Kim “Lava” Tae-hoon, while Park “Morgan” Gi-tae was re-signed by the team and Yoo “Delight” Hwan-joong joined Gen.G as their new support.

Some of the veterans have also made headlines. T1’s Lee “Faker” Sang-hyeok has agreed to a three-year contract extension, while Jang “Nuguri” Ha-gwon announced his retirement, as reported by Ashley Kang.

READ MORE: Ready for more rookies? Players from across EMEA can now compete freely in the LEC