The 3 best heroes to counter Karina in Mobile Legends 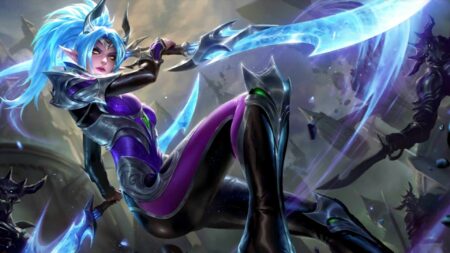 Karina is one of the most flexible assassin heroes in Mobile Legends: Bang Bang.

Despite many players opting to pick fighter or tank heroes in the jungle position, the Shadow Blade is still a contested pick in both ranked and competitive play.

That’s because she still deals a ton of damage even with defensive items thanks to her passive, Shadow Combo, which deals true damage every third attack on the same target.

Luckily, there are many heroes who can stop her from running away with the game. Here are three heroes that are good counters to her in Mobile Legends: Bang Bang.

3 heroes that are strong against Karina in Mobile Legends

Like Karina, X.Borg deals true damage with his first skill, Fire Missiles. What makes him strong against Karina is that he doesn’t rely much on basic attacks because of this skill, which can negate Dance of Blades.

Just as much as she thrives in extended fights, X.Borg is also a beast in this same respect. The longer the fight is, the stronger his Fire Missiles become. Once she is low on HP, X.Borg can quickly cast Last Insanity to secure the kill.

While most mage heroes will perish against a fully built Karina, Lylia is an exception. A skilled Lylia player can time her Shadow Energy and Magic Shockwave combo to deal damage and slow her opponent down.

If the Shadow Blade manages to get close and eat a chunk of Lylia’s HP, she can cast Black Shoes to regenerate most of her health and reset her Shadow Energy charges. Don’t get fooled by her cute appearance, Lylia is one tough hero in the Land of Dawn.

Even though most Karina players now opt for a tankier build, Eudora can just build Divine Glaive to dish out considerable amounts of damage. Once Eudora reaches level four, one combo is enough to burst her down.

Eudora players up who go against Karina should opt for either a Flameshot or a Flicker battle spell, since she doesn’t have any escape skills.