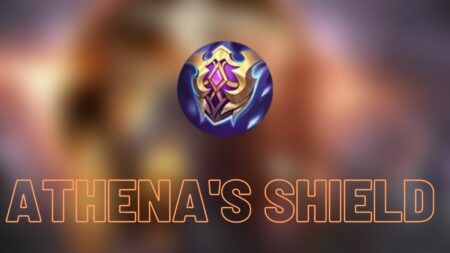 Mages are one of the strongest killers in Mobile Legends: Bang Bang. Usually situated in the midlane or EXP lane, mages are the bane of every squishy heroes in the Land of Dawn.

Fortunately, there are items such as Athena’s Shield, Radiant Armor, and Oracle that can mitigate magic damage in the game.

But which magic resist item is the best bang for your buck in Mobile Legends: Bang Bang?

Comparing the three main magic resist items, all provide similar stats. What makes them unique are their passive. For Athena’s Shield, a shield will appear upon taking magic damage. This shield reduces magic damage taken by 25% for five seconds.

For Radiant Armor, the wielder has increased magic damage reduction by 3-10 points upon taking Magic Damage and can stack up to six times.

Why Athena’s Shield is a must buy in Mobile Legends

First off, Athena’s Shield provides the most magic resist base stat at 62 compared to Radiant Armor with 52 and Oracle with 42.

If you are looking for a solid magic resist item and your hero doesn’t have much regeneration skills or if Estes or Floryn is not in your team composition, Oracle is out of the picture.

Radiant Armor works wonders against DPS magic heroes such as Chang’e, Yve, and Alice. However, it doesn’t protect you much from impending death if you are using a marksman or assassin. It will lessen the damage but chances are you’ll still perish from a full combo.

This is where Athena’s Shield comes into the picture. The 25% magic reduction is huge and is a lifesaver in sticky situations, even for squishy heroes.

If the enemy has DPS magic damage, a better solution would be to build Athena’s Shield first before going for the Radiant Armor, as Radiant Armor usually isn’t enough in the latter stages of the game.