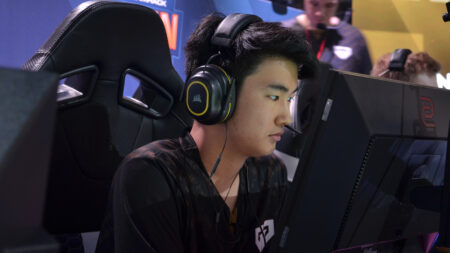 After an action-packed weekend of non-stop Valorant action, four of North America’s top teams, NRG Esports, FaZe Clan, TSM, and Luminosity Gaming (LG), have made it through the first VCT NA Stage 2 Challengers open qualifiers and advanced to the main event.

The eight teams that have already qualified will be joined by the top four squads from the second VCT NA Stage 2 Challengers open qualifiers next weekend.

Ethan had an incredible tournament debut with NRG, averaging an ACS of 219.75 and KDA of 31/26/16 in his first four matches with his new team.

FaZe’s new roster looked equally impressive on the other side of the bracket, as they defeated Run it Down, VIRTUOSO, Sentinels, and TSM to qualify for the VCT NA Stage 2 Challengers group stage.

TSM and Luminosity Gaming bounced back in the lower bracket

TSM finally made it back to the VCT with the organization’s revamped roster in the first open qualifier. They defeated Cosmic Divide, 100 Thieves, and LG in the upper bracket.

After losing a close overtime game on Haven against FaZe, TSM recovered by defeating 100 Thieves 2-1 in the lower bracket semifinals.

LG is one of the few teams in the first open qualifier that didn’t change their roster at the start of the year. They first defeated NA stack Girl Kissers and Gen.G Esports, but had to make their way through the lower bracket after losing to TSM 2-1.

LG proved they’re one of the top teams in NA after they eliminated both Sentinels and Version1 to qualify for the VCT NA Stage 2 Challengers’ group stage.

Brandon Michael “Bdog” Sanders stepped up on Breeze and helped his team punch their ticket to the main event. Bdog outperformed V1’s stand-in player Matthew “Wardell” Yu on Jett and finished with an ACS of 294 and KDA of 26/13/3.

Teams that placed 5th to 12th have been awarded the first to eighth seeds in the second open qualifier, which runs from May 5 to 8, and received a bye to the Round of 32. These teams include:

Similar to the first open qualifier, matches will be played in a single-elimination format until the Round of 32, which will feature a double-elimination bracket.

The upper bracket and lower bracket finals will not be played, and the tournament will end once the top four teams have been decided.