The Group stage draw will see eight teams advance to the Main Event. 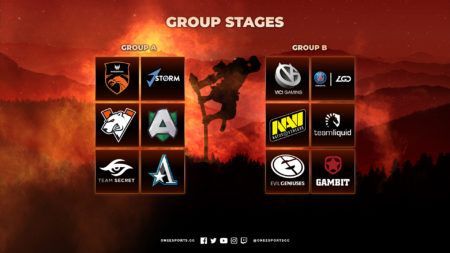 The Group Stage for the ONE Esports Dota 2 Singapore World Pro Invitational is right around the corner, and here’s how 12 of the best Dota 2 teams from around the world will be split up as they compete for a prize pool of US$500,000.

The teams have been divided into two stages for the Group Stage, with each group playing a round-robin best-of-two format.

Teams will score two points for a win, and one point for a draw.

The groups are as follows:

The top eight teams from the Group Stage will proceed to the Main Event, which will take place at the Singapore Indoor Stadium on December 20-22.