Into the Invitational: Alliance’s new squad look like true contenders

Can the new Alliance squad return the organization to glory? 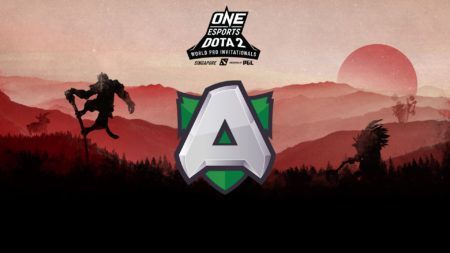 Alliance had a difficult start to the 18/19 DPC season, with disappointing finishes at the KL Major and Chongqing Major. However, they picked up steam later in the season with a second-place finish at the StarLadder Kiev Minor and a fifth/sixth-place finish at the EPICENTER Major, giving them just enough points to qualify for TI9.

At TI9, the team finished 5th in Group A with a 1-6-1 record, falling to the Lower Bracket. In the first round of the Main Event, they lost their best-of-one match to Royal Never Give Up after a devastating draft mistake, bowing out in 13-16th place.

After TI9, Alliance’s original plan was to keep developing their young talent with a strong focus on team chemistry and synergy.

However, in the post-TI9 roster shuffle, the young Alliance players took the opportunity to sign with the newly-vacated Team Liquid.

With all five roster spots open, Alliance decided to pick up Adrian “Fata” Trinks and Neta “33” Shapira from Ninjas in Pyjamas.

Alliance’s roster for the ONE Esports Dota 2 Invitational:

Alliance’s new squad has done well in their short time together. They finished in first place at the MDL Chengdu Major European closed qualifier, where they dominated their group and defeated Team Liquid to qualify for the first Major of the season.

They then won the DreamLeague Season 12, where they beat Ninjas in Pyjamas in the Winners’ Finals, then narrowly defeated Demon Slayers 3-2 in the Grand Finals.

The team also finished in third place during ESL Hamburg 2019.

The team is currently competing at the MDL Chengdu Major where they placed second in their group with a 2-1 record and a 5-3 overall match record.

In the Upper Bracket first round, they lost a close match 1-2 to TNC Predator, but then defeated Team Aster 2-1 in the Lower Bracket. They will next face off against Team Liquid.

The World Pro Invitational will give Alliance a chance to go up against International-level competition. They are one of three European teams invited to the tournament, alongside Team Liquid and Team Secret.

READ MORE: Into the Invitational: TNC Predator is looking to continue its strong start to the season