Into the Invitational: Team Liquid’s new roster has a chance to create their own legacy

The new Liquid roster will be looking to prove they’re worthy of the Liquid name at the World Pro Invitational. 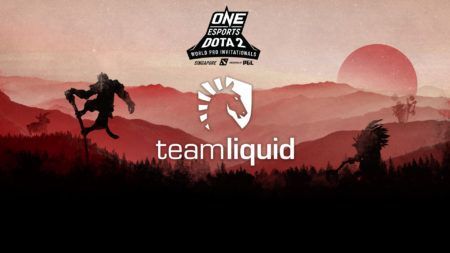 Team Liquid had a strong 18/19 season, finishing in fifth place in the DPC standings going into The International 2019. They also had two second-place Major finishes at MDL Disneyland Major and Epicenter Major.

At The International 2019, the team had a historic run through the Main Event lower bracket, starting in the first round and defeating Fnatic, TNC Predator, RNG, Evil Geniuses, Team Secret, and PSG.LGD to reach the Grand Finals, which they ultimately lost to OG.

After an amazing TI9 performance, Kuro “Kuroky” Takhasomi and the rest of his teammates decided to leave Team Liquid and start their own organization.

Led by Aydin “iNSaNiA” Sarkoh, the team has talented players who often surprise Dota 2 fans with unexpected performances. What the squad lacks, however, is consistency in their tournament performances.

Team Liquid’s roster for the ONE Esports Dota 2 Invitational:

Team Liquid’s tournament performances have been linked to the new Alliance squad, since both teams are competing in the European region.

With that said, Team Liquid has started the season with its fair share of ups and downs so far. They managed to qualify for the first DPC Major of the season by defeating Team Singularity and Ninjas in Pyjamas, after losing to Alliance 2-1.

They also finished in fourth place at DreamLeague Season 12. Then they had a disappointing showing at ESL Hamburg.

The team is currently competing at the MDL Chengdu Major. After a strong group phase, which saw them finish top of Group C with a 4-1 record, Liquid lost a close match against J.Storm in the Upper Bracket first round.

They then defeated EHOME 2-0 in the Lower Bracket, and will next face Alliance again in the next round.