Into the Invitational: Rising CIS power, Gambit Esports, is eager to make their mark

This young CIS squad shocked everyone at the Chengdu Major CIS qualifiers. Can they do it again at the World Pro Invitational? 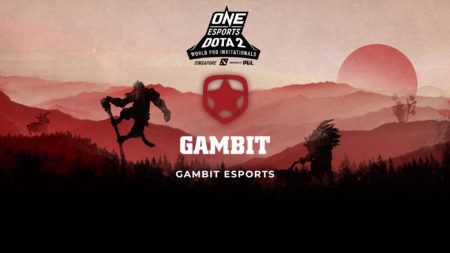 The team had a handful of second-place finishes at The Bucharest Minor, ESL One Katowice 2019, and StarLadder ImbaTV Dota 2 Minor Season 1, which hinted at a promising future, however, Gambit bombed out of the CIS Qualifier for The International 2019, only managing a fifth-place finish, which prompted a huge change of direction for the team in the ensuing roster shuffle.

For the 2019-2020 DPC only team captain, fng, remained on Gambit’s active roster, with Afoninje and Immersion departing, while Daxak and AfterLife were moved to the bench.

Gambit Esports roster for the ONE Esports Dota 2 Invitational:

The new Gambit roster got off to a great start, as the team dominated the CIS Qualifier for the MDL Chengdu Major, losing only two games in the process and qualifying over more favored teams in Virtus.pro and Natus Vincere.

The team then followed that up with an impressive showing at ESL One Hamburg 2019, finishing in second place behind a surging TNC Predator. That included victories over more favored teams in Vici Gaming and Alliance, as well as forcing the grand finals against TNC to a game five despite being swept in their previous matchup.

If this new Gambit squad can prove themselves on the big stage against the best teams in the world at the ONE Esports Dota 2 Singapore World Pro Invitational, look out for them to be one of the favorites to qualify for TI10 from the CIS region.