Into the Invitational: Natus Vincere are looking to turn things around

Na’Vi had a rough start to the season, can they turn things around at the ONE Esports Dota 2 World Pro Invitational? 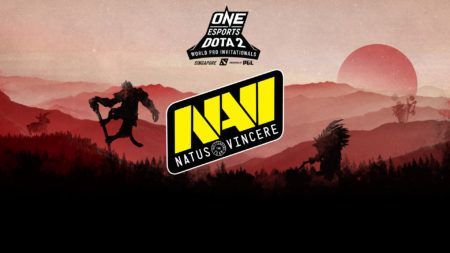 Natus Vincere (Na’Vi) spent most of the last season as a middling tier-two CIS team struggling in the shadow of CIS powerhouse, Virtus.pro (VP).

But despite their lackluster results in the Dota Pro Circuit (DPC), the team found their form when it mattered and qualified for The International 2019 (TI9) through the CIS qualifier.

Na’Vi looked good at the start of the Group Stage, notably taking games off of VP and eventual champions OG, but they fell just short of an Upper Bracket berth and were pit against Mineski in the first round of eliminations in the Main Event Lower Bracket.

While Na’Vi looked to be on the verge of moving on to the next round, Mineski were able to repel their repeated assaults and deny them what was supposed to be a secure victory.

While their early exit from TI9 was surely a disappointment, the ensuing player shuffle bode well for the team moving into the new season.

After TI9, Na’Vi picked up star offlaner, Pavel “9pasha” Khvastunov, from rivals VP to replace Evgeniy “Blizzy” Ree. The strong pickup had Na’Vi looking like the new top CIS team, but what followed was an abysmal 2-6 showing at the MDL Chengdu Major qualifiers, which eliminated them from both the Chengdu Major and the qualifiers for the Dota Summit 11 Minor.

The poor start to the season and internal issues led to captain Akbar “SoNNeikO” Butaev being benched, with Bakyt “W_Zayac” Emilzhanov taking over as captain. The team eventually settled on bringing in support pubstar Illias “illias” Ganeev to round out their roster on November 23.

Natus Vincere’s roster for the ONE Esports Dota 2 Invitational:

Despite Na’Vi’s recent roster issues, Idan “MagicaL” Vardanian and W_Zayac are still promising talents that will be key to the team turning the season around. 9pasha should also provide a stabilizing veteran presence, on top of being one of the most dynamic offlane players around.

The ONE Esports Dota 2 World Pro Invitational will be Na’Vi’s first LAN tournament of the season. While they will be facing some tough competition in Singapore, it will be a great chance for the team to start turning things around.