Into the Invitational: Vici Gaming’s chance at redemption

The Chinese squad will be looking to redeem themselves with a big win to end the year. 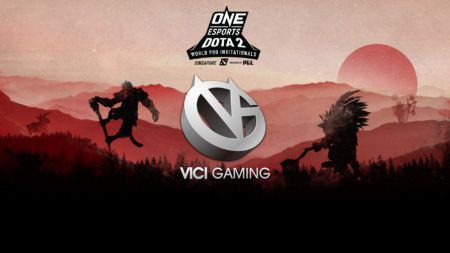 Vici Gaming was the highest-ranked Chinese team going into The International 2019. They finished third place in the overall rankings with two Major wins, first at the Stockholm Major where they defeated Virtus.pro 3-2, and then at the Epicenter Major where they beat Team Liquid 3-2.

At TI9, Vici Gaming finished second in their group and defeated TNC Predator in the first round of the upper bracket, before ultimately bowing out in the fifth/sixth place. They lost to fellow Chinese squad PSG.LGD in the winner’s semifinals, and were then eliminated by Team Secret in the losers quarterfinals.

Vici will definitely be looking to avenge their TI losses, as both PSG.LGD and Secret will be competing at the Invitational.

Vici Gaming is one of the few high tier teams to have kept their roster relatively intact from TI9, with just previous team captain Pan “Fade” Yi departing, replaced by Xiong “Pyw” Jiahan from Team Serenity.

Vici Gaming’s roster for the ONE Esports Dota 2 Invitational:

The two members of Vici Gaming that fans should keep their eyes on are Ori and Eurus (previously known as Paparazi灬). Both players are recognized as among the best at their roles, and they display excellent synergy, especially during team fights that turn into scramble situations.

Vici Gaming will next be playing at the MDL Chengdu Major, which is set to take place on November 16-24.

READ ALSO: Get your tickets for the ONE Dota 2 Singapore World Pro Invitational now