Into the Invitational: Virtus.pro’s new roster set to shake things up

How will the CIS squad’s new lineup fare against the best teams in the world at the ONE Esports Dota 2 World Pro Invitational? 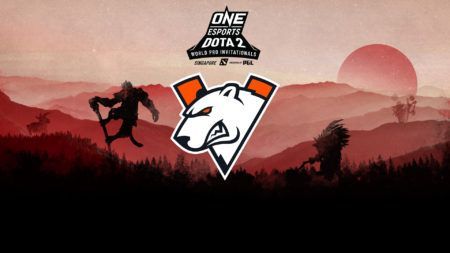 Virtus.pro (VP) had another dominant showing in the 2018-2019 Dota Pro Circuit (DPC) season by winning the Kuala Lumpur Major and finishing on the podiums of the Chongqing, Stockholm, and the EPICENTER Majors, and looked to finally get over the hump at The International 2019 (TI9).

Despite overcoming a slow start at the Group Stage for an Upper Bracket berth at the Main Event, VP was immediately dropped to the Lower Bracket by PSG.LGD in their first round matchup.

While VP was favored against their Lower Bracket opponent, Royal Never Give Up, they continued to fall apart and was eliminated at 9th-12th place — by far the lineup’s worst showing at TI.

VP was never able to break their TI curse despite being one of the most dominant teams in the history of the game over the course of three seasons. The post-TI9 player shuffle would prove that was as far as the lineup was seemingly willing to go.

With an eye towards the future, VP picked up pubstars Egor “epileptick1d” Grigorenko and Vitalie “Save-” Melnic to trial as their new Positions 1 and 4 players respectively.

Virtus.pro’s roster for the ONE Esports Dota 2 Invitational:

While VP still has skilled core players in no[o]ne and Resolut1on as the backbone of the team, epileptick1d’s play will be what determines the new lineup’s ceiling. Him being the top-ranked carry player in the European ladder is proof enough that he has talent, but he will has yet to prove he can put the team on his back to win against top-class competition.

Despite qualifying for the Dota Summit 11 Minor, VP opted to skip it to try and hone their roster for the rest of the season. The ONE Esports Dota 2 World Pro Invitational will be their best opportunity to test themselves against the best teams in the world as they continue their rebuild.