Into the Invitational: PSG.LGD’s first tournament since TI9

Can PSG.LGD outdo their TI9 performance and take home gold in Singapore? 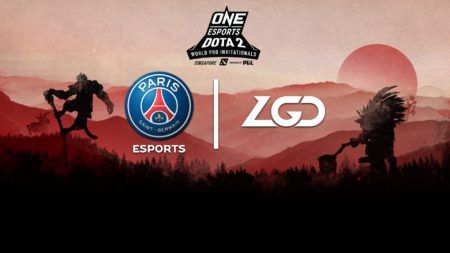 PSG.LGD is a top tier Chinese organization that finished in sixth place during the 2018-2019 DPC season.

They performed exceptionally well at The International 2019, and finished at the top of Group A, with victories over the likes of Team Secret, Team Liquid, and Mineski.

In the knockout stage, they made quick work of CIS powerhouse, Virtus.pro, 2-0, then defeated fellow Chinese squad, Vici Gaming, 2-0 before losing a tightly-contested winners finals to eventual champions, OG.

They were eventually eliminated in a thrilling 1-2 series by Team Liquid in the losers finals, who were in the midst of a historic run through the loser’s bracket.

The team is currently taking a break, and has chosen to skip the first DPC major, with Xu “fy” Linsen taking a three-month rest due to eye surgery.

The ONE Esports Dota 2 World Pro Invitational will be the first competitive event for PSG.LGD since TI9, and will serve as the perfect opportunity for the to survey the new Dota 2 competitive landscape.

PSG.LGD’s roster for the Invitational is unchanged from their TI9 squad:

This roster has been together since 2018, and is anchored by legendary Chinese player Fy, who is capable of single-handedly carrying his team to victory:

PSG.LGD is a team that performs at their best at big events, when the competition is at its toughest. With most of the world’s best teams all competing at the ONE Esports Dota 2 World Pro Invitational, look out for a big performance from the Chinese squad.

READ ALSO: Get your tickets for the ONE Dota 2 Singapore World Pro Invitational now