He turns into a huge black dragon. 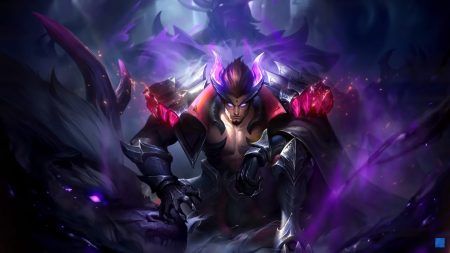 Yu Zhong, The Black Dragon, is Mobile Legends: Bang Bang’s newest fighter hero, with three forms and a secondary resource that is powered by his passive.

His ultimate lets him transform into a large black dragon, giving him crowd control immunity and the ability to knock back enemies. How cool is that?

Yu Zhong is a complex hero, and it could take a while to fully understand his skills, and once you do, you’ll still need to properly manage Sha Essence in order to be truly effective, but here are some tips to get you started.

Yu Zhong applies Sha Residue to a target every time he deals damage to enemy heroes, and gathers Sha Essence in the process.

When Sha Essence is fully charged, Yu Zhong gains 40% Movement Speed and 20% Spell Vamp. During this period, Sha Essence can be restored by dealing damage to enemies.

Yu Zhong infuses his power into his clock and turns it into a weapon, which starts to attack nearby enemies after a short delay. The inner area of the cloak deals 200 (+100% Extra Physical ATK) Physical Damage. The sharpened edge deals 250% damage and applies 2 stacks of Sha Residue.

40% of Spell Vamp is applied when this skill is used on minions.

Yu Zhong leaps towards the designated area with his full strength, dealing 180 (+90% Extra Physical ATK) Physical Damage. He is able to dash one more time in the movement direction.

After a short delay, enemies within the area of effect will be knocked airborne for 1 second and take 180 (90% Extra Physical ATK) additional Physical Damage.

After channeling for 0.6s, Yu Zhong transofrms into the Black Dargon form. For up to 7 seconds, he gains Control Immunity, ignores obstacles, and increases his Max HP by 600 (+200% Extra Physical ATK), dealing 200 (+80% Total Physical ATK) Physical Damage to enemy heroes on the path and knocking them back.

Depending on your play style, Yu Zhong has a few options when it comes to Emblems and Battle Spells.

By taking Bravery, Invasion and Festival of Blood under Fighter Emblem, you’ll gain more attack damage and even more Spell Vamp, which enhances his passive.

Within Assassin Emblem, you can go a few ways. Agility will help you chase down enemies better while Invasion adds Physical Penetration. In the final tier, Bounty Hunter or Killing Spree both work well.

In terms of Battle Spells, Flicker helps you chase down enemies even harder, while Vengeance is great for diving the back line.

Against heavy physical damage opponents, consider swapping out Orcale for a physical defense item, or another damage item like Endless Battle, which benefits Yu Zhong in every aspect (except the mana regen, of course).

When playing Yu Zhong, remember to keep track of his Sha Essence bar at all times. Spell Vamp is only triggered at full stacks when the bar turns purple — and will make or break a fight.