Topson curbs the idea of an OG reunion: ‘Don’t even dream about it’ 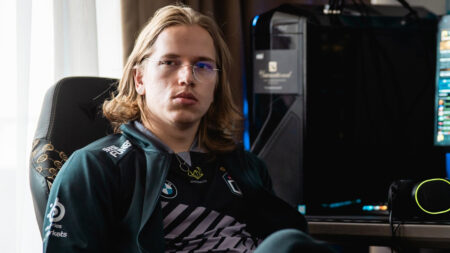 OG is riding high after winning ESL One Stockholm Major. They defeated TSM.FTX 3-1 in the grand final, securing their fifth Dota 2 Major trophy. And the European organization achieved this incredible feat despite missing two members from its roster.

Though he retired after The International 2020, Ceb proved he can still compete against the best Dota 2 players in the world. The 30-year-old received praise from his teammate Tommy “Taiga” Le for adapting to his new position 5 support role as he continued to improve throughout the tournament.

The Finnish midlaner responded on his stream and quelled the possibility of OG reuniting for another The International run.

“There is no chance guys,” he said. “Don’t even dream about it, it’s over. All the guys have officially retired.”

After The International 2020, Topson decided to take a break from the competitive Dota 2 scene and settled down in Malaysia to focus on his family. Meanwhile, the rest of the squad have yet to express any interest in coming out of retirement.

Jesse “JerAx” Vainikka recently mutually parted ways with Evil Geniuses after the Stockholm Major but hasn’t announced if he plans to continue playing. The same goes for Ceb, who has yet to say if he is going to compete again.