The Playoffs begin on October 12. 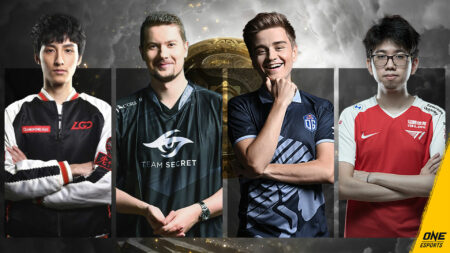 The dates, location, and teams are finally set for The International (TI10), Dota 2’s most prestigious annual tournament. The moment every Dota 2 pro player (and fan) has dreamed of is finally here.

What is The International 10?

Dota 2’s The International is one of the grandest esports championship events in the world. TI10 will be the biggest of the series yet.

The best teams in the Dota Pro Circuit (DPC) all work towards making it into The International in hopes of lifting the Aegis of Champion and winning TI’s life-changing prize money.

The International 10 schedule, results, and scores

The tournament starts with the Group Stage from October 7 to 10, followed by the Main Stage starting on October 12. The TI10 champions will be crowned during the final day of the tournament on October 17.

The full schedule and most recent results and scores will be updated when available. All times and days are in GMT+8, PST, and GMT.

Format of The International 10

18 Dota 2 teams will be divided into two groups of nine teams in a round-robin format in TI10’s group stage.

Each team will play two games against each opponent in the group. A team that wins their match 2-0 earns 2 points, a 1-1 draw gives them 1 point, and a 0-2 loss leaves them with no points.

The Main Event then proceeds with a double-elimination bracket. All matches will be played in a best-of-three series, except for the first round of the Lower Bracket, which will be a best-of-one.

The TI10 Grand Final will be a best-of-five match.

Teams that made it into the International 10

The top 12 teams from the 2021 DPC season earned enough DPC Points to qualify for TI10.

TI10 will have the biggest prize pool of any Valve Dota 2 tournament ever with US$40 million up for grabs. The previous TI9 had a US$34 million prize pool.

Valve has yet to announce the percentage breakdown for TI10. In TI9, OG took home US$15 million, which was 45% of the total prize pool.

Where will TI10 be held?

The 55,000 capacity stadium has hosted major football matches, including home matches of the Romania national football team and the Romanian Cup Final.

Valve has announced that TI10 will not have a live audience due to health and safety protocols caused by the COVID-19 pandemic.

Where to watch The International 10

READ MORE: OG Topson: ‘It’s a bit of a feeling that this may be my last TI’