Valorant patch 4.03: New changes to Deathmatch will get you less tilted 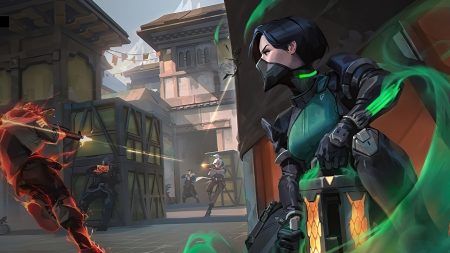 Riot Games has introduced significant changes to its oft-criticized Deathmatch mode in Valorant patch 4.03, based on player feedback collected over the past few months.

The changes are designed to fix some of the main points of frustration around the spawn system, helping improve the overall gameplay.

The developers also made small changes to Brimstone’s Orbital Strike ultimate and fixed a bug where Chamber’s weapons would float away from him. Finally, a performance update adds up to a 15% improvement for CPU-bound users and Riot expects the majority of systems to reap the benefits.

The biggest changes are probably the updates to Valorant’s Deathmatch mode. Riot developers removed or relocated what they described as “dangerous” spawn locations, and improved spawn logic and placements to increase the likelihood that players will be facing each other in an encounter.

If you spend a lot of time in Deathmatch to warm up or practice your aim, you know what it’s like to get mowed down right after you respawn. It’s the source of considerable frustration, particularly when you keep spawning into the same area and get killed by the same person again and again.

With the changes, respawn time has now been reduced from 3 to 1.5 seconds. The spawning logic will also favor respawn locations farther away from where you last died.

Deathmatch is a great way to improve your aim in Valorant because it is all about finding and winning duels. In his guide on how to rank up in Valorant, Gambit Esports Ayaz “nAts” Akhmetshin even advised players to play as many Deathmatch games as possible.

However, it remains to be seen if the changes have meaningfully improved how Deathmatch is played. After the new patch went live on Valorant’s North American servers, Sentinels superstar player Tyson “TenZ” Ngo complained that the update still needs improvement because players were spawning directly behind him.

Brimstone’s Orbital Strike ultimate is getting buffed and now blocks gameplay visibility while active. This means enemies will no longer show up on the minimap through the ultimate, and abilities like flashes and Sova’s Recon Dart that require line of sight will not apply through the ultimate.

So aside from burning opponents to a crisp, Orbital Strike now also acts as a massive barricade in the short span of time it is active.

The update also fixes a bug that caused Chamber’s Headhunter and Tour de Force weapons to randomly float around the map, a source of considerable confusion for players.

Valorant patch 4.03 adds a new Global Invalidation UI feature that provides up to a 15% improvement to the baseline performance of CPU-bound players, usually those on mid-to-high spec systems.

It does this by significantly reducing the number of UI elements that need to update every frame, and Riot says it will continue to monitor the impact of Global Invalidation as it rolls out.