You may not want to pick Sova anymore after these Valorant patch 4.08 nerfs 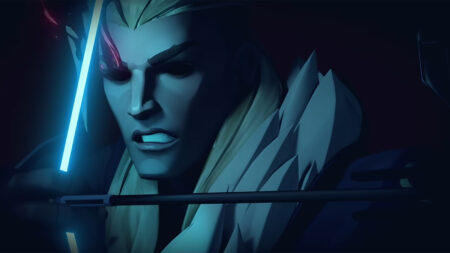 Update as of April 28: The official patch 4.08 notes have been released. Owl Drone duration has been reduced to seven seconds, while drone health is down to 100 from 125. The initial delay before the first ping has been increased from 1.2 to 1.6 seconds. The changes force Sova to incur more risk in his positioning to clear deeper angles with his drone, while the damage reduction to Shock Bolt is part of an ongoing effort to balance non-ultimate abilities to ensure they kill less frequently.

A couple of Sova nerfs are hitting the Russian initiator in Valorant patch 4.08. Fnatic stand-in and former Alliance in-game leader Enzo “Fea” Mestari was one of the first to notice the changes, pointing out nerfs to Shock Bolt and Owl Drone.

The nerfs may encourage players to pick up new initiator agent Fade, who is expected to arrive sometime in Episode 4 Act III. With the introduction of a new agent that is focused on information-gathering, Sova could finally face some competition as the go-to initiator on most maps.

He is currently one of the most-picked agents in Valorant, and was the second most-played agent at Masters Reykjavik 2022, just after Jett.

Sova’s Shock Bolt now deals less damage, doing just 75 points instead of the usual 90. The duration of Owl Drone has also been shortened, lasting seven seconds instead of 10. In addition, tagged enemies are only pinged twice, instead of three times, and there is a longer delay between tagging an opponent and the first ping.

The changes to Shock Bolt are particularly significant, because they heavily nerf Sova’s potency in post-plant situations. You now need to land two direct Shock Bolts in order to achieve the maximum damage of 150 and take an enemy down.

If you’re even slightly off the mark, and your opponent is at full health, they might just get the defuse off.

It’s also more difficult to get value out of Owl Drone now. It still costs 400 credits, but the shorter flight time increases the chance of it being a wasted investment if you fail to spot anyone.

Separately, Riot Games changed the animation for Shock Bolt, which resulted in a huge backlash as it seemingly blocked some of Sova’s lineups. Fortunately, the developer has since walked back the animation changes, so your lineups should still be useable.

Sova has remained relatively unchanged since his release as part of the original cast of agents in 2020. He has received only slight nerfs in the past, such as a price increase to Shock Bolt and Owl Drone in patch 3.0.

In that same patch, the number of ultimate points required for Hunter’s Fury was increased from seven to eight, while the cooldown timer for Recon Bolt went up from 35 to 40 seconds.

Sova is not alone in getting nerfed in patch 4.08. Jett’s Tailwind dash is also being reworked, and she can no longer dash on command with just a single button press.