Valorant’s new initiator Fade tracks down enemies from the shadows 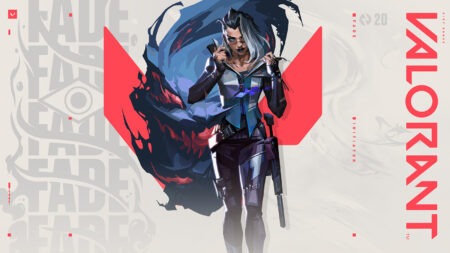 Valorant finally has a new initiator, and she’s the polar opposite of blond-haired, blue-eyed initiator Sova. The new Valorant agent operates from the shadows, hunting down and revealing enemies with nightmarish abilities that will make your blood curdle.

Fade wields the powers of darkness to draw her enemies into the light. And true to Riot’s promise, the Turkish agent lets you get up close and personal when gathering information.

She’s here to terrorize your enemies, and she knows what everyone’s worst nightmare is.

All of Fade’s Valorant abilities explained

Equip a nightmarish entity. Fire to throw the orb, which will plummet to the ground after around 1.5 seconds. Upon hitting the ground, the orb will reveal the location of enemies caught in its line of sight. Enemies can destroy this entity. Re-use the ability to drop the projectile early in flight.

Haunt is Fade’s signature ability. Unlike Sova’s Recon Bolt, it has a much shorter range. If you see Haunt being used, you know for sure that the Turkish bounty hunter isn’t far behind.

Enemies revealed by Haunt also have a new “Marked” debuff applied, where they leave a black trail that allows you to track them and see where they have repositioned to. Haunt will not show which agents have been marked, however.

You may still have to learn lineups to get the most out of this ability, but it is far more forgiving than Recon Bolt with fewer physics mechanics to deal with. Haunt bounces off walls as well, so it can be thrown around corners to scout for opponents.

Equip an orb of nightmare ink. Fire to throw the orb, which will also fall to the ground after a set amount of time like Haunt. Upon hitting the ground, the ink will explode and create a zone that traps enemies in it. Re-use the ability to drop the projectile early.

This appears to be a crowd control ability, which can help push opponents off pesky angles. Opponents tethered by Seize also take 75 decay damage.

The area of effect is quite large, so a well-placed Seize could potentially help your team pick up multiple kills in quick succession.

While you can break the Seize orb before it traps you, there is no way to sever the tether once you’ve been ensnared, unless you use abilities like Chamber’s Rendezvous teleporters. This means it can be combined for deadly effect with abilities like Sova’s Shock Bolt, KAY/O’s FRAG/MENT grenade, or even Killjoy’s Nanoswarm.

Equip a Prowler. Fire will send the Prowler out in a straight line. The Prowler will lock onto any enemies or trails in their frontal vision cone and chase them, inflicting nearsight if it reaches them. Hold the fire button to steer the Prowler in the direction of your crosshair.

Prowler locks on similarly to Raze’s Boom Bot, and can be steered like Skye’s Guiding Light flash. When it locks onto an enemy trail, it speeds up to catch your opponent.

In addition, a Prowler that has latched onto a trail also reveals the enemy agent it is tracking. You’ll see it pop up on your UI, similar to KAY/O’s ZERO/POINT suppress.

Equip the power of Fear. Fire to send out a wave of nightmare energy that can traverse through walls. The energy creates a trail to the opponent as well as deafens and decays them.

Nightfall works similarly to Breach’s Rolling Thunder ultimate, and you can see the area of effect in the form of a rectangle on the mini map. Enemies in the affected radius will also be marked, so you can follow up with Prowler to lock onto opponents.

Overall, Fade is shaping up to be a far more aggressive initiator than Sova. Her abilities are designed to put opponents on the defensive and help her team win duels by revealing enemy locations and inflicting specific debuffs.

She is also well-suited to follow closely behind her team in taking space. In comparison to Sova, there is no reason for her to hang back and play for the post-plant with her abilities.

Fade is expected to arrive sometime during Episode 4 Act III, which drops on April 27.

READ MORE: How Riot is helping your shots feel more consistent in Valorant