The best Valorant players who are now free agents 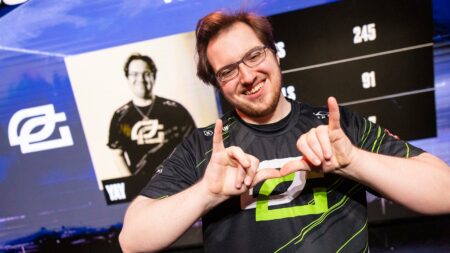 It is hard to imagine that after a stacked and competitive VCT 2022 season, some of Valorant’s best players are now free agents.

With only 30 teams selected for Riot Games’ partnership program, the developer had to make some hard choices and leave some deserving teams out. Partnered teams will be competing in next year’s international leagues in three regions — Americas, EMEA, and the Pacific — with each region having 10 teams.

And because past competitive performance was not a key consideration, some championship-winning teams like OpTic Gaming and FunPlus Phoenix did not make the cut. This has left the best players in an unlikely situation — on the market and looking for new opportunities with teams that made it into the international leagues.

Here are all the biggest names in Valorant who are now free agents.

The best Valorant free agents looking for a new team

North America, in particular, has seen some of the biggest names enter free agency. OpTic Gaming, XSET, The Guard, and FaZe Clan — four of the five top teams in NA that finished with the most VCT 2022 circuit points — did not make it into franchising, leaving nearly all their players in search of new opportunities.

Elsewhere, OpTic’s Victor and crashies also announced that they were looking to join a partnered team as a duo. The rest of OpTic, including superstar yay, Marved, FNS, and coach Chet, are exploring their options as well.

OpTic Gaming has been one of the most consistent Valorant rosters this year, placing within the top three at every international LAN they attended in the VCT 2022 season. They won Masters Reykjavik, finished third at Masters Copenhagen, and were the runner-up at Valorant Champions 2022.

After their stellar year, yay established himself as arguably the best and most reliable player in the world. The 24-year-old topped the leaderboards in most statistics throughout the VCT 2022 season, and he will no doubt be inundated with offers, having expressed a willingness to join either a North American or EMEA team.

T1 is making big changes as well. Despite an earlier commitment to North America, the organization is moving its Valorant roster back to Korea for the Pacific league. Meanwhile, in-game leader steel is continuing to pursue opportunities in North America.

Meanwhile, TSM, one of the most recognizable organizations in the world, announced that they will continue to field a competitive Valorant roster. However, it is allowing some players to explore franchising options.

Even teams that made it into franchising are looking to shop for better talent. Cloud9 benched mitch and curry, while Team Secret moved witz to their inactive roster.

With the sheer caliber of talent looking to join one of the 30 partnered teams, this Valorant offseason is shaping up to be one of the most exciting yet.

READ MORE: Valorant partnered teams are only allowed to sign one import player