The 3 best heroes to counter Chou

Stop Chou from snowballing out of control. 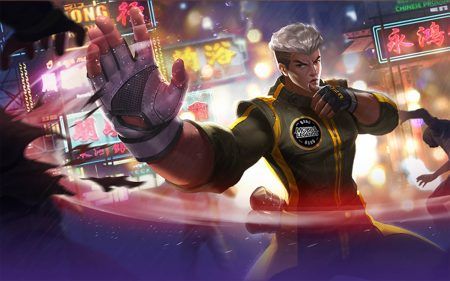 And that came true pretty quickly. Chou is considered to be one of the most balanced heroes in the game. His abilities are straightforward and easy to learn, but playing him in a competitive level requires patience and timing.

Which heroes can you use to deal with the slippery Kung Fu boy? Here are three heroes that will stop Chou in his tracks:

Silvanna is a great counter to Chou, provided she lands Imperial Justice, for Chou can cancel it with Shunpo.

Silvanna can out-damage Chou in a 1v1 situation thanks to Spiral Strangling. She can also close the gap with Cosmetic Lance if Chou tries to get away. This is more of a skill matchup, but Silvanna has the necessary kit to make it hard for Chou to keep up all throughout the game.

Uranus has been hit with a lot nerfs recently, but there’s no denying that his sheer tankiness and survivability can annoy even the most skilled Chou player.

Even if Chou unleashes his barrage of abilities, Uranus can outmaneuver him with Consecration and Transcendent Ward. Once Uranus’ passive stacks are full, he’ll be able to counter initiate and finish Chou off with a fully stacked Ionic Edge.

The newly-released boxer hero, which has been dubbed as a rival of Chou, can actually counter the Kung Fu Boy with his damaging abilities.

Paquito is a very difficult matchup for Chou, especially in the laning phase, for he has strong burst damage in the early game. Champ Stance is a game changer against Chou, as it can enhance all his abilities to deal more damage, and even reset all his skills.