Hold your own in the offlane. 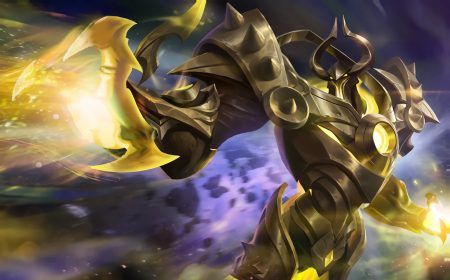 EVOS SG qualified for the ONE Esports Mobile Legends: Bang Bang Invitational after defeating DVT Esports 3-1 in the final of the Singapore Qualifiers.

In two out of those four games, Chong “Soul” Ru Chyi made the most of one of the best offlaners in the current meta, Uranus.

Here are five tips from the man himself to boost your Uranus game:

1. Use the Support Emblem

I use Support Emblem, and put points in Agility, Recovery and Avarice. With a heavy focus on movement speed, I’m able to really stick to enemies and pose a big threat.

Hybrid regeneration helps me sustain really well in lane and out trade my opponent. Avarice gives extra gold that will add up to a substantial amount, especially since Uranus is good at poking.

Battle Spell wise, I take Purify if there are heroes with heavy crowd control and lock downs to prevent myself from being bursted down. To increase your early team fight and laning pressure, Execute can also be considered.

Enchanted Talisman, Oracle and Bruteforce Breastplate are core items for Uranus. Players can opt to build towards physical armor or magic resistance depending on the threats on the opponent’s team.

Stack up your first skill, Ionic Edge, on the opponent whenever possible. Uranus’s second skill, Transcendent Ward, will ensure you win the trade once you follow up with Ionic Edge again.

The key thing is to launch yourself at the opponent with Transcendent Ward, and follow up with Ionic Edge right after to minimize delays in cast time.

His ultimate, Consecration, negates slow effects on demand, and is crucial for escaping or chasing down enemies.

4. Focus on getting level two, roam, and zone during team fights

During the laning phase, hitting level two is especially important. The shield from Transcendent Ward will help you win almost every match up. Keep regen stacks active by receiving small amounts damage on purpose from creeps or heroes.

Make full use of Uranus’s high mobility and regeneration! Cutting waves in between towers is the best thing to do. You will be able to roam quicker than your enemy, and assert pressure in team fights from flanking positions, especially around the mid lane.

In team fights, determining your team’s win condition is extremely important. If there are assassins, be sure to look for them and chase them around since its hard for them to win against your sustain and mobility.

In most cases, try to stick onto the opponent’s carry and support. By doing so, you soak up damage from their carries. By running in and out fights with Uranus’s healing capabilities, you allow your carry to finish off their front line first.

When doing objectives like Turtle or Lord, if the carry has trouble sustaining, it will be your job to tank it for them.

Otherwise, if the carry is self-sustainable, you should move forward to gather positional information for the team, as well as harass and zone from a safe distance.

5. Combo with Angela and Rafaela, but watch out for counters

Angela and Rafaela are heroes that go well with Uranus as the extra heal and movement speed from them allow Uranus to be more brazen, empowering him to dive the opponent’s back line harder.

Counters to Uranus are Baxia and Esmeralda. Baxia’s innate healing reduction will reduce the effectiveness of Uranus’s sustainability.

Esmeralda on the other hand, damages through shields, and wipes out Uranus’s Transcendent Ward. I play around it by moving out of fights, and choose to trade more often to allow the regeneration to kick in before entering again.