The 8 most adorable esports couples 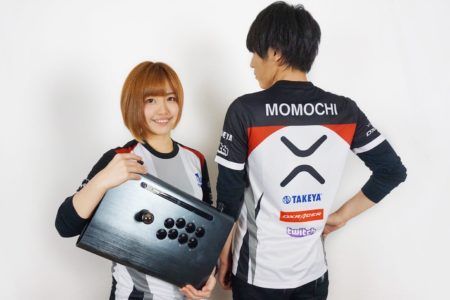 Ask a pro-gamer what they want most in the world and most will say a world championship, a league title, or some other esports trophy.

But some might say what they really want is a meaningful relationship with a partner that understands their passion for gaming and knows what it’s like to be an esports celebrity.

That’s just what these eight esports couples have found:

The eight most adorable esports couples

Can you imagine meeting the love of your life in an arcade?

The two have been friends for a long time, and got married earlier this month, with Kuramochi calling their wedding a “Capukon” (a portmanteau of Capcom and kon, the Japanese word for marriage).

Yusuke “Momochi” Momochi and Yuko “Chocoblanka” Kusachi are both Street Fighter pros and have been married since 2015.

Based in Tokyo, Japan, this esports couple seems to be inseparable, sharing the same sponsors, from Evil Geniuses to Shinobism.

The ceremony took place at an underground esports arena and they streamed the entire ceremony on MonteCristo’s Twitch channel for the whole world to witness.

They also used the hashtag #EsportsMystery, as the two had apparently been secretly dating for five years.

While they are rarely seen together at official tournaments, Dove and Arteezy go all lovey-dovey in their vacation photos during the off-season.

Here’s a photo of them with Evil Geniuses’ coach, Kanishka ‘Sam’ “BuLba” Sosale as the third-wheel.

Owen “ODPixel” Davies and Jorien “Sheever” van der Heijden are two of the most famous personalities in the pro-Dota 2 scene.

Sheever is known for her hosting work at TI and other Dota Major events, while ODPixel is one of the best Dota casters around, and is known for his energetic casting style.

Former CS:GO and now Valorant pro player Tyson “Tenz” Ngo has mentioned his girl a couple of times during his livestreams, but it was only late last year that Kyedae Shymko revealed herself.

Tenz and Kyedae were already good friends, hanging out everyday before they decided to take things to the next level.

With Tenz taking a break from the esports scene, expect to see more KyeTenz sweet and funny moments like this one. How would you rate Tenz’s Jett cosplay and Kyedae’s Viper cosplay?

The two got married last year, with Imaqtpie making headlines as he wore a t-shirt and shorts to the formal ceremony.

The pair have a daughter who seems to be into esports as well, even taking photos with Team Secret’s Ludwig “zai” Wåhlberg.