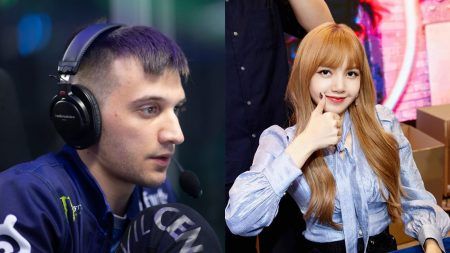 Evil Geniuses‘ Dota 2 Position 1 player Artour “Arteezy” Babaev seems to have a thing for Korean pop songs, especially Blackpink‘s latest single “How You Like That.”

As tweeted by his girlfriend Zhang “Dove” Tiange, Arteezy was seen watching Blackpink’s “How You Like That” performance video.

Dove also revealed that Arteezy is a fan of Lalisa “Lisa” Manoban, the group’s main dancer and rapper.

His love for the K-pop girl group is also evident in his live streams, playing Blackpink songs in the background as he engages on Dota 2 matches. In this clip, Arteezy’s Ursa pretty much hit the enemy Doom with that ddu-du ddu-du du.

This isn’t something new, however, as Arteezy has featured other K-pop bangers in his streams in the past from groups 2NE1 and Girl’s Day.

At first, he didn’t really like K-pop that much but his perspective suddenly changed after listening to some female K-pop singers like 2NE1’s Sandara Park and Girl’s Day’s Park Sojin according to a translated interview from Nexon back in 2014.