Can VG win another ONE Esports event? 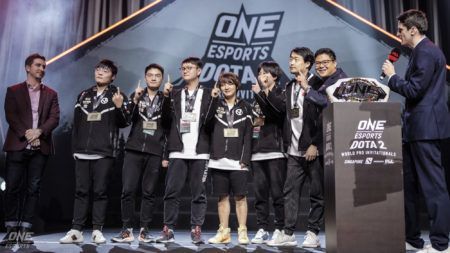 Vici Gaming, champions of the ONE Esports Dota 2 Singapore World Pro Invitational, have officially secured their slot to the upcoming ONE Esports Singapore Major.

Vici Gaming became the third team from the DPC China upper division to qualify after defeating regional rival Elephant during the fifth week of competition. The win resulted in a 5-1 record, which guaranteed Vici Gaming a top three finish in the upper division.

Vici Gaming’s upper division run includes wins over LBZS, Team MagMa, EHOME, Team Aster, and Elephant. The team is now in the running alongside Invictus Gaming and Team Aster for the standalone playoff spot in the upcoming Singapore Major.

Vici Gaming notably still uses the same formula for success. They draft exceptionally well and often outperform their opponents during the laning phase. With Ding “Dy” Cong as the team’s captain, Vici Gaming is one of the best when it comes to team fight execution because they rarely make mistakes. VG also has two amazing playmakers in Xiong “Pyw”‘ Jiahan and Zeng “Ori” Jiaoyang who are capable of high impact plays at any given point of the game.