T1 is the final SEA team that qualified. 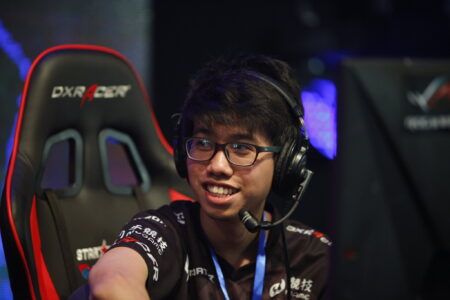 T1 is the third and final team from the Southeast Asian region to qualify for the ONE Esports Singapore Major.

The fates of different teams from the DPC SEA upper division were sealed when T1 defeated Neon Esports in the final match of the season. T1 finished their tournament run with a 5-2 record, which is the same match score Neon Esports ended with.

T1’s win also means that Fnatic has secured a first place finish in the upper division, which advances them into the Singapore Major’s playoffs. Unfortunately, TNC Predator and BOOM Esports, who finished with 4-3 records, will not be part of the Singapore Major.

T1’s Dota 2 roster in 2020 went through a significant restructuring, which started with the signing of TNC Predator’s team captain, Park “March” Tae-won, who is presently T1’s team coach. After the ONE Esports SEA League and ESL One Thailand 2020 online tournaments, T1 revamped its lineup with four members from Geek Fam’s disbanded Dota 2 team.

T1’s new roster is no stranger to winning championships. The ex-Geek Fam squad had won back-to-back online leagues with the BTS Pro Series Season 2 and ONE Esports Dota 2 SEA League. Now that March is T1’s coach, the squad now also has a veteran leader who won the MDL Chengdu Major during his time as the head coach of TNC Predator.

T1 will face off against Neon Esports again on February 26 at 4:00 p.m. GMT+8, to see which team will advance into the group stage and be placed into the wild card.

T1 joins Team Secret, Virtus.pro, Natus Vincere, Alliance, Team Nigma, Fnatic, and Neon Esports as the organizations to qualify into the ONE Esports Singapore Major, which will take place from March 27 to April 4, 2021.