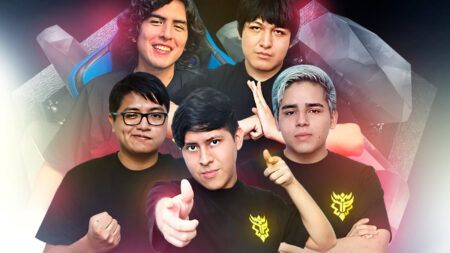 Thunder Predator is the second team from the South American region and 11th team overall to qualify for the ONE Esports Singapore Major.

Thunder Predator’s roster features a group of Peruvian Dota 2 veterans who are popular in the South American region. Alonso “Mnz” León is a talented carry player who has the most experience on the roster. Then there’s Leonardo “LeoStyle-” Sifuentes, who is arguably one of the best midlaners in the region.

Finally, there is team captain, Romel “Mjz” Quinteros, who was formerly known as Wu. Mjz started his Dota 2 pro career when he was just 17 years old. Three years later, he was already leading Thunder Predator into the organization’s second DPC Major tournament. Thunder Predator’s Major debut was back in 2019 at the Chongqing Major.

Thunder Predator joins Team Secret, Virtus.pro, Natus Vincere, Alliance, Team Nigma, Fnatic, Neon Esports, T1, Invictus Gaming, and Beastcoast as the organizations that have officially qualified for the ONE Esports Singapore Major, which will take place from March 27 to April 4, 2021.