Fnatic are still the kings of SEA Dota. 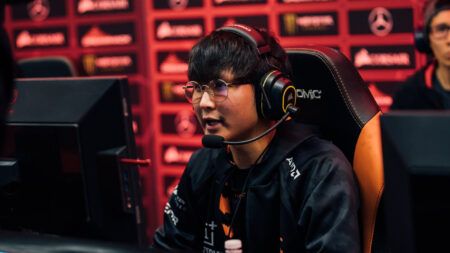 Fnatic is the first Southeast Asian team to qualify for the ONE Esports Singapore Major.

Fnatic was the region’s most favored squad coming into the DPC Southeast Asia upper division, and they proved those predictions true with a 6-1 record after six weeks of competition.

The European esports organization currently holds the top spot in the standings with a 6-1 record, after an impressive 2-1 victory over their regional rival TNC Predator during the sixth week of the upper division. Fnatic also has wins over T1, Execration, Vice Esports, and Neon Esports.

If Neon Esports wins against T1, they’ll advance to the Major with a 6-1 record. Additionally, there will be a three-way tiebreaker between TNC Predator, T1, and BOOM Esports — which have a 4-3 record in common. However, if Neon loses, T1 will be the third team to qualify into the Singapore Major with a 5-2 record.

Fnatic went through significant roster changes in 2020. The team made the decision to replace Nuengnara “23savage” Teeramahanon with Marc “Raven” Fausto. Raven proved himself as one of the best carry players in the region, when he helped the now-disbanded Geek Fam squad defeat Fnatic in the grand final of the ONE Esports SEA League.

Fnatic was then rocked when one of the centerpieces of their roster, Daryl “iceiceice” Koh decided to make the switch to the North American region by joining Evil Geniuses. As a response, the team re-signed Anucha “Jabz” Jurawong and had him swap support roles with the squad’s team captain, Djardel “DJ” Mampusti. Lastly, Fnatic would pick up Motivate.Trust Gaming’s standout offlane star, Natthaphon “Masaros” Ouanphakdee.

Fnatic was firing on all cylinders last year when the squad qualified for the ESL One Los Angeles 2020 Major. Unfortunately, the event was canceled due to the still ongoing COVID-19 pandemic. Fnatic would continue their hot streak by winning four straight tournaments, while the DPC season was on hiatus.

It seems that Fnatic’s roster has finally found its groove in the upper division, with solid play from all of its members. In fact, according to Dotabuff, Raven has the highest KDA average in the entire region at 15.59. In comparison, Neon Esports’ Erin Jasper “Yopaj” Ferrer is in second place with a KDA average of 6.64.

Fnatic joins Team Secret, Virtus.pro, Natus Vincere, Alliance, Nigma Esports, and Neon Esports as the organizations to qualify for the ONE Esports Singapore Major, which is set to take place from March 27 to April 4.