AS Monaco Gambit advances to the wild card. 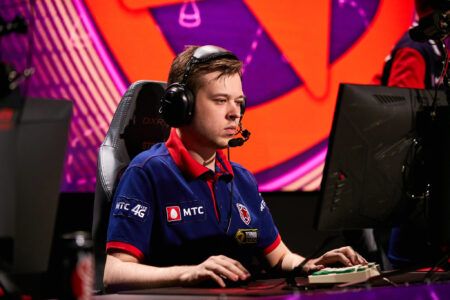 Russian esports organization AS Monaco Gambit has officially qualified for the upcoming ONE Esports Singapore Major.

AS Monaco Gambit and Team Spirit finished with the same 4-3 record after six weeks of round robin matches in the DPC CIS upper division. This forced both teams to play another best-of-three tiebreaker match for the final spot at the Major from the CIS region.

AS Monaco Gambit secured its place at the Singapore Major after defeating Team Spirit 2-1, with stellar performances from carry Kiyalbek “dream`” Tayirov and position 4 support player Aleksandr “Immersion” Khmeleskovi. This earned AS Monaco Gambit a wild card berth in the upcoming Major.

AS Monaco Gambit also won over NoTechies, Team Empire, Team Unique, and EXTREMUM during the first season of the DPC CIS upper division.

Gambit Esports’ organization went through a turbulent period last year, with players like Danil “gpk” Skutin, Artsiom “fng” Barshak, and Maxim “Shachlo” Abramovskikh constantly being moved from the active roster. As a result, Gambit Esports struggled in online competitions during the DPC’s hiatus.

Right before the first season of the DPC’s upper division, Gambit Esports signed a partnership with AS Monaco and rebranded the organization to AS Monaco Gambit. Following the third week of competition, AS Monaco Gambit then decided to sign Live to Win’s Dota 2 roster, along with ex-Virtus.pro veteran as well as former Bucharest and Kuala Lumpur Major winner Vladimir “No[o]ne” Minenko as its midlaner.

The roster consists of highly talented veteran players who became free agents during the DPC’s hiatus. Each individual player from Gambit’s team brings in their own level of expertise through their years of competition.