Beastcoast is bound for the Major’s playoffs. 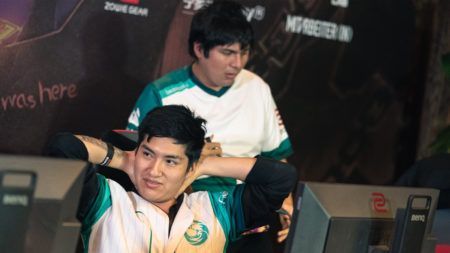 The news broke when Beastcoast won their final match in the DPC South America upper division against SG e-sports during the final week of competition. Beastcoast also has wins over EgoBoys, Team Unknown, Latam Defenders, Thunder Predator, and Infamous.

With a 6-1 record, Beastcoast finished in first place in the DPC SA upper division. This advances them straight into the ONE Esports Singapore Major’s playoffs.

Beastcoast was a team that struggled in 2020 with the DPC season on hiatus. This was when the team competed in online events that featured squads from North and South America.

But Beastcoast would eventually return to their winning ways with the start of the new Regional League format. Led by team captain, Steven Vargas “Stinger” Manami, the squad showed that they’re still the kings of South American Dota — a title they earned when they finished in seventh/eighth place at The International 2019 despite being the only SA team to make the tournament.

Beastcoast’s strength as a team is built on how well they run their four-protect-one strategy with Hector “K1” Rodriguez aiming for a huge power spike at some point in the game. With amazing playmakers like Elvis “Scofield” De la Cruz Peña and Adrian “Wisper” Dobles, Beastcoast is difficult to keep up with in the laning stage.

Joining Beastcoast at the ONE Esports Singapore Major is Thunder Predator, who finished in second place during the DPC SA upper division. Thunder Predator finished with a 5-2 record, which advances them to the Major’s group stage.

Beastcoast joins Team Secret, Virtus.pro, Natus Vincere, Alliance, Team Nigma, Fnatic, Neon Esports, T1, Invictus Gaming, and Thunder Predator as the organizations that have officially qualified for the ONE Esports Singapore Major, which will take place from March 27 to April 4, 2021.