Na`Vi’ is currently 5-0 in the upper division. 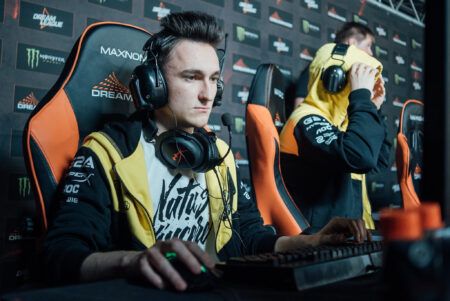 Natus Vincere has punched its ticket to the upcoming ONE Esports Singapore Major after earning its fifth straight win in the DPC CIS upper division.

After week four of the competition, Na`Vi currently sits at second place in the standings with a 5-0 match record. While Na`Vi maintains a perfect record though, the team has one more game loss on their record compared to regional rival Virtus.pro.

Regardless, Na`Vi’s impressive match wins over Team Unique (formerly known as NoPangolier), NoTechies, EXTREMUM, Team Empire, and AS Monaco Gambit (previously called Live to Win) have earned them a spot in the upcoming ONE Esports Singapore Major.

With Na`Vi’s 5-0 record, even if they were to lose their final two matches in the upper division, they will still be guaranteed a spot in the Singapore Major. This is because the rest of the teams in the competition have 2-3 match standings. The Singapore Major also has likewise allotted three team slots to the CIS region.

Na`Vi’s resurgence in the CIS region has been a sight to behold, since the organization’s Dota 2 roster was constantly in flux last year. But on September 22, 2020, Na`Vi decided to sign Ukranian Dota 2 squad FlyToMoon on a trial basis.

Prior to the start of the first DPC season, Na`Vi had shown great improvements as a team with impressive performances during ESL One Germany and OGA Dota PIT Season 4. This is why it isn’t a surprise that Na`Vi still has a perfect record in the DPC CIS upper division.

Na`Vi only has two more matches to play to finish its campaign in the upper division. The team will be going up against Team Spirit on February 21. They will then face their regional rival Virtus.pro on February 26.

Na`Vi joins Virtus.pro and Team Secret as the first teams to qualify into the ONE Esports Singapore Major, which will take place from March 27 to April 4, 2021.