We can’t wait to see the Going Merry ship on TV.

It’s official — we’re getting a One Piece live-action series soon, and it will be produced by Netflix. The show will feature the young and talented cast of actors to play the members of the beloved Straw Hat Pirates.

One Piece is one of the most popular anime shows in the world, not to mention one of the longest-running anime series with 1,000 episodes. It revolves around the journey of Monkey D. Luffy and his crew, the Straw Hat pirates, in search of the treasure called One Piece.

Here is the One Piece live-action cast, trailer, episodes, and release date on Netflix. 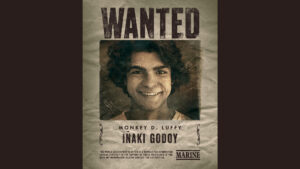 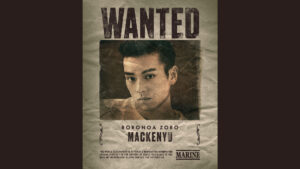 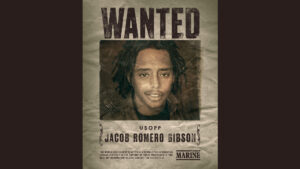 Iñaki Godoy is a Mexican actor, known for playing Bruno in “Who Killed Sara?”, a crime-drama series.

“Thank you Mr. Oda for the trust, I won’t let you down,” the young actor wrote in his Instagram post.

Inaki Godoy’s light and cheerful aura makes him the perfect lead character for the One Piece live-action series.

Emily Rudd is an American actress who appeared in Netflix’s “Fear Street” film series. Emily Rudd is a certified anime fan who has watched series, as well as other films such as “Tokyo Ghoul” and “Kimi no Na Wa”.

An up-and-coming Japanese actor, Mackenyu Arata is known for his portrayal of Enishi Yukishiro, the final villain in “Rurouni Kenshin: The Final”. Mackenyu rose to fame as Wataya Arata in the live-action adaptation of Chihayafuru.

With his toned physique, Mackenyu is now ready to take on the role of Zoro. We can’t wait to see him with green hair!

Jacob Romero Gibson’s entry point to Hollywood was through the longest-running medical drama in the world, “Grey’s Anatomy”.

Taz Skylar will bring Vinsmoke Sanji to life. He is a British actor, appearing in crime and war movies such as “Villain” and “The Kill Team”.

Aside from acting, Taz Skylar also has experience working behind the camera as a writer, producer, and director.

Australian actor Morgan Davies will be playing Koby, a crew member of the Alvida Pirates. Morgan Davies is known for his roles in movies such as The Tree and The Hunter.

Captain Alvida has landed in the One Piece live-action series, and she’ll be played by Ilia Isorelýs Paulino. Alvida is the captain of the Miss Love Duck ship, as well as the first antagonist that Luffy encountered in the manga and anime series.

Ilia Isorelýs Paulino has been typecasted for the role, as she sports a black, wavy hairstyle similar to Alvida’s pre-Devil Fruit appearance. Ilia is best known for playing Lila in HBO Max’s teen drama The Sex Lives of College Girls.

Ozark’s Trevor Evans is coming to the Grand Line, this time as the captain of the all fish-man crew, the Arlong pirates. Ozark actor McKinley Belcher will be playing the role of Arlong the Saw, a sawshark fish-man and the main antagonist of the Arlong Park Arc.

Since captain Alvida is set to make an appearance in the first season of the live-action, captain Buggy of the Buggy pirates will be making his debut too, played by actor Jeff Ward. Buggy is the other half of the Buggy and Alvida Alliance focused on taking down Luffy.

This is Sparta the Grand Line! Actor and director Vincent Regan will be playing the role of Monkey D. Garp, a powerful Marine vice admiral and the grandfather of Monkey D. Luffy.

Vincent is praised for his roles in Zack Snyder’s 300, Troy, and Clash of the Titans.

One of Vice-Admiral Garp’s avid admirers is Helmeppo, played by Aidan Scott. Helmeppo, alongside Koby, will eventually become Garp’s mentee in the series.

This will be Aidan’s second Netflix project after appearing in a minor role in The Kissing Booth 2.

The legendary pirate Shanks will be played by British actor Peter Gadiot in Netflix’s One Piece live-action series. Gadiot is best known for his role as James Valdez in the American crime drama series “Queen of the South” and also plays Adam in Yellowjackets.

Peter Gadiot confirmed that the production crew has started filming in Cape Town, South Africa in his official announcement video.

The blue-skinned fish-man, Chew, will appear as a part of captain Arlong’s pirate crew and will be played by Len-Barry Simons. Simons starred in local South African movie productions “Lycra & Petticoats” and “Somerkersfees.”

With his long, pale blonde natural hair, fans believe Len-Barry Simons is the perfect actor to take on the role of Chew.

Warrior TV series actor Alexander Maniatis will take on the role of Klahadore, the primary antagonist of the Syrup Village Arc. Alexander is a regular in South African television drama, appearing in shows like 7de Laan and Arendsvlei.

Ready to meet the world’s strongest swordsman? Steven Ward is “super excited” to bring the pirate Dracule “Hawk Eyes” Mihawk to life in the upcoming Netflix series. He previously appeared as Elton in an episode of Queen Sono, another television series under the popular streaming service.

When it comes to perfect casting, no one else comes close to Craig Fairbrass as Chef Zeff in the much-awaited live-action series. The British actor bears a strong resemblance to the head chef and Baratie owner, and even shares the same height, standing tall at 189 cm. Zeff is also Sanji’s cooking mentor and adoptive father.

Coincidentally enough, Craig and Taz have worked on a couple of projects together, and now bring the Zeff-Sanji mentor and mentee relationship to life.

Alexander Maniatis will be reunited with his Warrior co-star, Langley Kirkwood, who will play Captain Morgan. Morgan is a former marine captain and the father of Helmeppo.

Langley had to dye his hair blonde and add 22 lbs to his usual body weight to portray the muscular Marine officer in the series.

“So proud to be a part of this incredible adventure and I cannot wait for everyone to see it,” he said on his Instagram post.

Kaya, Usopp’s close friend, will be played by South African actress Celeste Loots. Kaya was first introduced as a rich yet sickly young girl living in the biggest mansion in Syrup Village. This aspiring doctor will become an ally of the Straw Hat Pirates during the Syrup Village Arc.

Nigerian-South African actress and Isono star Chioma Umeala will portray Nojiko, the adoptive sister of Nami in the franchise. The blue-haired character tends to a tangerine farm, which she inherited from her adoptive mother Bell-mère.

“You have no idea how excited I am for you guys to see it,” the actress teased the fandom in a tweet.

Netflix has not yet released the official One Piece live-action trailer. The series is currently filming its first season, produced by One Piece creator Eiichiro Oda, alongside showrunner Steven Maeda and producer Matt Owens.

Eiichiro Oda promises that the adaptation will be “faithful to the fans who have supported One Piece for 20 years,” according to an interview with Variety.

The debut season of the One Piece live-action series will have a total of ten episodes.

The producers have not yet revealed the official release date for the One Piece live-action series. Eiichiro Oda hinted at what seems to be a detailed and thorough production in his most recent handwritten update.

“It’ll take a bit more time to get this show done,” Eiichiro Oda said. “But we’ll continue to do our best to deliver a show that we’re confident will be enjoyed by everyone around the world!”