One Piece creator breaks his own Guinness World Record, half a billion manga sold 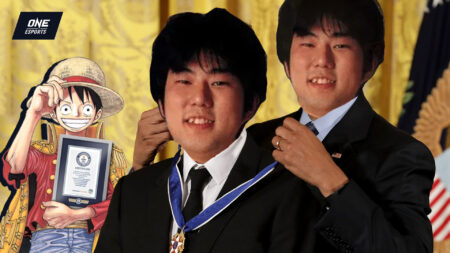 One Piece creator Eiichiro Oda has a new motto in life: “The only one who can beat me is me.”

The Japanese mangaka recently received a certificate of recognition from Guinness World Records for publishing 500 million copies of the One Piece manga since its debut in 1997.

Oda first set the world record eight years ago in December 2014 after selling 320 million copies of the manga.

The award recognizes Oda for “the most copies published for the same comic book series by a single author, with 416,566,000 copies printed and circulated from December 1997 to July 2022.”

One Piece follows the adventures of Monkey D. Luffy and his pirate crew, Straw Hat Pirates. To fulfill his dream of becoming the king of pirates, Luffy and his friends scout Grand Line in search of Gol D. Roger’s ultimate treasure called “One Piece”.

The manga was first released in December 1997 and was later followed by an anime adaptation in October 1999. Two decades later, it is one of the longest-running anime series in the world with 20 seasons and 1,028 episodes to date.

A live-action TV adaptation is also in the works, produced by Netflix starring Iñaki Godoy as Monkey D. Luffy, Emily Rudd as Nami, Mackenyu Arata as Zoro, Jacob Romero Gibson as Usopp, and Taz Skylar as Sanji. The series will be produced by Oda, alongside showrunner Steven Maeda and producer Matt Owens.

Read more about the cast of Netflix’s One Piece live-action here.