Shut up and take our money. Fans all around the world admire the gang’s genuine closeness and friendship that remains strong even after a thousand anime episodes.

If you have a friendship that’s as solid as this crew of pirates, watch brand Solvil et Titus has launched a special collection for you and your One Piece ride-or-dies.

Fans of the One Piece protagonist have two timepiece designs to choose from, including one that features Luffy’s Gear 4 Haki technique. This design takes inspiration from Luffy’s powerful form, with a black base with red and gold accents.

This model is available with either a black stainless-steel bracelet or a black-and-yellow leather strap with red stitching. 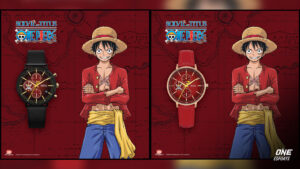 The second design has a red base and features a more straightforward interface, with subtle details that allude to the aspiring pirate king.

Pink lovers will adore the Chopper watch, which comes in soft pink with rose-gold details and a powder-blue, anchor-shaped second hand.

The collection also pays tribute to the legendary Portgas D. Ace, the sworn older brother of Luffy, who sacrificed his life to protect him from Marine Admiral Akainu. The Ace watch comes in the character’s signature color, orange, and features the Flame-Flame Devil Fruit at its 9 o’clock spot. 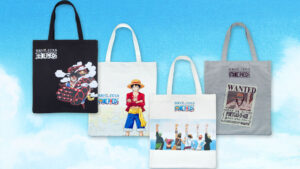 Each watch comes with a laser card as the certificate of authenticity, an exclusive watch box, a tote bag, and a watch cloth.

Where to buy the Solvil et Titus One Piece watch collection

The Solvil et Titus One Piece watch collection is now available on the company’s website. All designs under this collection are limited to a certain number of pieces.

Previously, Solvil et Titus released a watch collection in celebration of the launch of One Piece Film Red, the highest-grossing movie in the franchise’s history. It included character designs inspired by movie protagonists Uta, Shanks, and Luffy.

One Piece follows the adventures of Monkey D. Luffy and his pirate crew, Straw Hat Pirates. To fulfill his dream of becoming the king of pirates, Luffy and his friends scout Grand Line in search of Gol D. Roger’s ultimate treasure, “One Piece”.