Sinatraa talks about the possibility of returning to pro Valorant again 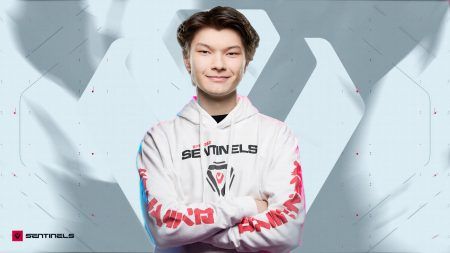 Since his six-month suspension from Riot Games ended last September, speculation grew as to whether or not former Sentinels player Jay “Sinatraa” Won would return to pro play.

Sinatraa is still with Sentinels as a content creator, but he has since been replaced in its Valorant roster by Tyson “TenZ” Ngo.

The former Overwatch pro and San Francisco Shock star switched over to Valorant after winning it all in Blizzard’s shooter. He successfully established himself as one of the best players in the early days of Valorant, and many fans remain convinced that he would be a valuable addition to any roster.

Will Sinatraa return to pro Valorant?

During his watch party for the Sentinels versus NRG match in the Stage 1 Challengers group stage, one of his viewers asked him if he would ever return to pro play.

“Maybe,” he answered. “I’m chilling. Living the life of a content creator. I got no obligations.”

“I miss tournaments, but do I miss scrimming every day? Definitely not,” he added.

He had a slightly different answer last May, saying that he would “probably” go back to playing pro. But a lot can change in nine months, and it looks like he is fully embracing the life of a content creator, especially since Sentinels has formally signed TenZ as their main duelist.

His comments echo what Twitch superstar Michael “shroud” Grzesiek said in December about why he would never return to competitive CS:GO or Valorant. The short answer – it’s too much work and he’s lazy, referring to the daily practice matches that are a part of every pro player’s routine.

Having said that, there’s the possibility that Sinatraa may still return to pro Valorant if the right offer presents itself. He had previously joked about rejecting Built by Gamers because they only offered him US$80,000 a month, but later said that he would join any team without a second thought if they actually paid him that much.

Given that top Valorant players are thought to be paid around US$25,000 a month, chances are slim that he’ll receive an offer anywhere close to that figure.

Nevertheless, it seems like the two-time Overwatch MVP has yet to shut the door completely on playing competitively again.

READ MORE: Valorant patch 4.03: New changes to Deathmatch will get you less tilted