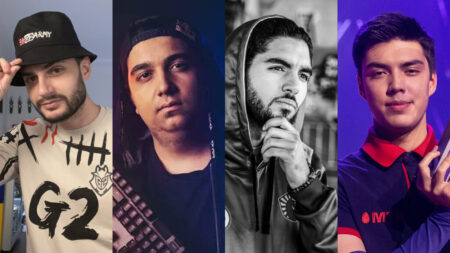 The best teams from the EMEA region will get to test their skills and strategies against one another in the stacked Red Bull Home Ground tournament.

The event will be a great way for Gambit Esports, Acend, Fnatic, and Team Liquid to test their skills before the highly-anticipated Valorant Champions 2021.

What is Red Bull Home Ground?

The tournament is a pro Valorant invitational with 16 of the best teams from the EMEA region battling it out for US$63,000 in prize money, with a unique spin.

According to the event host, “The competition pioneers a unique Home & Away structure that delivers an exciting twist to the normal Valorant format, placing an even greater emphasis on map knowledge and strategy and a new layer of unpredictability to map picks.”

The competition begins with the group stage where four teams are split into four groups. Each group will follow a round-robin format, with the top two teams from each group advancing to the playoffs. All group stage matches are best-of-one.

Red Bull Home Ground’s unique format sets in during the playoffs, with the final eight teams competing in a single-elimination bracket. Each team will get to pick their strongest map as their ‘home ground’, which will always be the first map played in the best-of-five. If a team wins both home ground maps, they instantly win the best-of-five.

Teams that are competing in Red Bull Home Ground

The tournament features 16 of the best squads from the EMEA region:

Where to watch the Red Bull Home Ground