It begins on December 1. 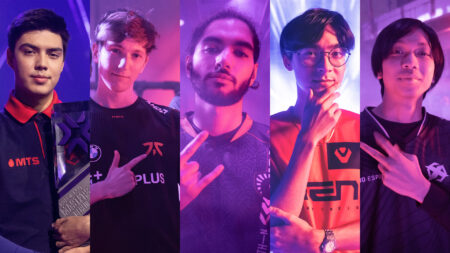 After competing in three action-packed VCT stages and two international Masters tournaments, 12 teams will battle in Valorant’s most prestigious tournament to date.

Gambit Esports earned a direct invite to the tournament for winning VCT Stage 3 Masters Berlin, while 11 teams with the most VCT 2021 circuit points have qualified for Valorant Champions 2021.

The final four teams joining the Valorant Champions 2021 tournament will be the winners of the regional Last Chance Qualifiers.

What is Valorant Champions 2021?

The Valorant Champions 2021 tournament is the final event of the 2021 VCT season. It is the event all teams have been working towards throughout the year.

The event spans from December 1 to 12. Riot Games has yet to release the format of the tournament.

**Due to Vivo Keyd’s Cypher Spycam exploit on Breeze, Riot Games overturned the result of their game against Acend on Breeze, and map three will be replayed starting with Vivo Keyd 0 -7 Acend.

Valorant Champions 2021 begins with the Group Stage. All 16 teams will be divided into four groups of four teams competing in a double-elimination format. All Group Stage matches will be best-of-three.

The tournament then shifts to the Playoffs where teams will compete in a single-elimination bracket. All matches are best-of-three, except for the Final, which is a best-of-five.

Valorant’s newest agent Chamber will not be available for Champions.

Riot Games has announced that Valorant Champions 2021 will have a US$1 million prize pool.

These are the 12 teams that earned enough 2021 VCT circuit points to qualify for the competition, including the four teams who won their regional Last Chance Qualifiers:

Where to watch the Valorant Champions 2021?