He is still set to play in the playoffs. 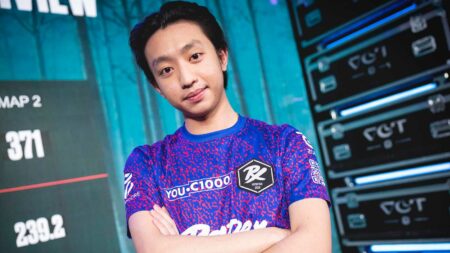 The 18-year-old returned a positive result from a mandatory routine PCR test and is currently isolated from the rest of the team.

Other teams at the event have also had run-ins with the coronavirus. Fnatic’s James “Mistic” Orfila tested positive shortly after arriving in Denmark, and was only given the all-clear a couple of days ago.

As with previous international events, players and staff members are required to participate in regular testing to ensure the health and safety of all tournament participants.

According to PRX’s official statement, the team’s star duelist tested positive for the coronavirus on July 13, a day before they were set to make their Masters Copenhagen debut.

“Generally, Jason is feeling okay with minor symptoms, and is currently isolated from the team,” said PRX.

“The show will go on,” the organization confirmed on Twitter.

Riot Games allows players who feel well enough to play to continue with their scheduled matches. However, unlike previous events, their teammates and the opposing team will continue to play from the venue, while the affected player competes on a LAN network built in the isolation facilities.

PRX have been the best team by far in the APAC region throughout this year’s VCT season. They won back-to-back VCT APAC Challengers championships and finished an impressive fourth at Masters Reykjavik 2022.

The match schedule for VCT Stage 2 Masters Copenhagen can be found here. All matches will be broadcast live on the official Valorant Twitch and YouTube channels.