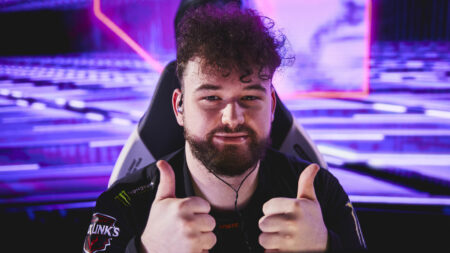 Fnatic player James “Mistic” Orfila has tested positive for COVID-19 and is currently isolating in his hotel room in Copenhagen, Denmark.

The 20-year-old posted a picture of a positive Antigen Rapid Test on Twitter yesterday, but is reportedly experiencing just mild symptoms.

That said, fans worried about a repeat of Masters Reykjavik, where the team had to play with two stand-ins, can probably breathe a sigh of relief. Mistic is expected to still be able to play with Fnatic, especially since their first seed means they do not start their tournament run until the playoffs begin on July 14.

Mistic will likely still be able to play

The EMEA top seed are one of the favorites to win Masters Copenhagen, fresh off an undefeated run in VCT EMEA Stage 2 Challengers.

This is the strongest the team has looked yet, after the additions of one-time Reykjavik stand-in Enzo “Enzo” Mestari and Turkish prodigy Emir Ali “Alfajer” Beder.

Jake “Boaster” Howlett and his men did not get to play at full strength in Iceland in April. Star player Nikita “Derke” Sirmitev tested positive for the coronavirus, and was eventually unable to join his team as they made an early exit in the group stage.

Fortunately, Mistic is already in Denmark and will still be able to play from the hotel if necessary. “There’s no world where we don’t play together as five now,” said Colin “CoJo” Johnson, Valorant Team Director.

“It’s just a question of on stage or from hotel and with his current timeline and symptoms beginning we’re confident we will be able to play on stage.”

The team also had another roster scare, where Alfajer was delayed in securing his travel visa when the issuing center went up in flames.

The organization had even been in talks with BIG player Karel “Twisten” Ašenbrener as a potential substitute, according to CoJo, if their 17-year-old star could not make it to Denmark. Alfajer has since acquired his visa and is now on his way to Copenhagen.

Fnatic have yet to lift an international trophy, despite coming excruciatingly close before. If they show the same form they did at EMEA Challengers, other teams will need to tread carefully.

READ MORE: This is the best player going into Copenhagen, but it’s not who you think