Lakia debuts with IGZIST on February 15. 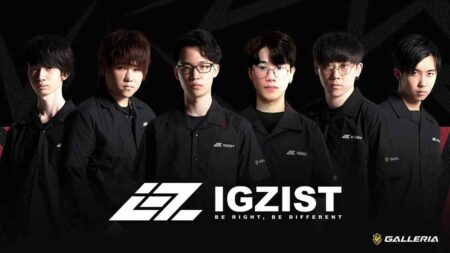 Lakia will compete for the Japan region in the upcoming VCT 2022 season. He joins fellow Korean pro players like Crazy Raccoon’s Byeon “Munchkin” Sang-beom and Northception’s Park “Seoldam” Sang-min in offering their services to a Japanese roster.

The 21-year-old pro player joined Vision Strikers in July, then the most dominant roster in Korean Valorant and best known for their undefeated 104-game win streak. He was a member of the team’s six-man roster that had players swap out for each other depending on which map was going to be played.

However, he only made two international match appearances for Vision Strikers. The first one was when the team lost to Gambit Esports 1-2 in a quarterfinals match during VCT Stage 3 Masters Berlin. The last time Lakia played for his former organization was in another 1-2 loss against Cloud9 Blue at the Valorant Champions Group D elimination match.

After Vision Strikers was acquired by Korean esports organization DRX on January 7, 2022, the team announced the decision to move Lakia to its inactive roster.

This is IGZIST’s first Valorant roster

IGZIST was first announced on December 9, 2021. The team mainly consists of former players from BlackBird Ignis that competed in the Japanese region until the squad was let go on September 30, 2021.

IGZIST will compete in VCT Stage 1 Japan when the open qualifiers kick off on February 15, 2021.