DRX stax practices more than most people work in a day, barely has time for anything else

Talent doesn’t do anything by itself. 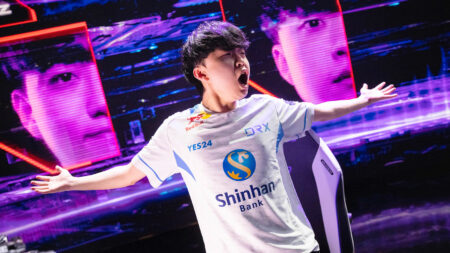 DRX stax practices more than most people work in a day, barely has time for anything else

DRX have long been lauded as the most structured and tactical team in pro Valorant.

From their 102-game win streak as Vision Strikers, their reign over Korea has continued largely unchallenged. On the international stage, the team has gained recognition for impeccable coordination and ruthlessly efficient utility usage.

Kim “stax” Gu-taek is one of the longest-standing members of the team, and he knows that that sort of success doesn’t come easy.

It isn’t fun and games all the time — after all, one doesn’t get to the top without putting hours and hours into perfecting their craft.

DRX stax practices for over 10 hours a day

While the rigors of a pro career vary from country to country, it is particularly demanding in Korea.

On a normal day, stax rises at 11:30 a.m. and has an hour to get ready before practice starts, he told ONE Esports in an exclusive interview. He practices for over 10 hours daily, more than most people put in on a regular work day.

While he has since handed over the shotcalling reins to Kim “Zest” Gi-seok, who returned to the team in January, he continues to make his mark as one of the best initiators in the game.

In the Masters Copenhagen group stage, he was second on the leaderboard with a 1.34 K/D, behind only Guild Esports’ Nikita “trexx” Cherednichenko.

A rivalry is also brewing between him and XSET initiator Brendan “BcJ” Jensen. The duo have exchanged words of banter, with BcJ questioning whether stax should really be considered the best initiator in the game.

The Korean player was savage in his response, saying that he didn’t even know who BcJ was, and that he at first thought he was some kind of fried chicken company.