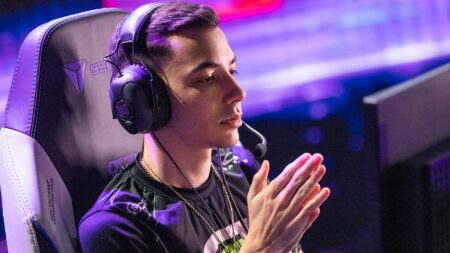 The VCT Stage 2 Masters Copenhagen group stage was filled with exciting moments that had Valorant fans on the edge of their seats.

In Group A, Guild Esports and OpTic Gaming were the two squads that advanced to the playoffs. Meanwhile, DRX and FunPlus Phoenix emerged victorious from Group B.

With the tournament now moving on to the playoffs, here’s a look back at the top five plays from the group stage.

5. OpTic Gaming’s yay shows why they call him El Diablo

Jaccob “yay” Whiteaker is considered one of the best Valorant players in the world, thanks to his monstrous aim and outsized presence in every game. Dubbed “El Diablo” by his peers, yay is a demon in game and always a force to be reckoned with.

The OpTic Gaming star gave LOUD no quarter in their elimination match. Despite losing control of the A site on Fracture, yay pushed through the enemy team’s smoke at just the right moment, finding two clean Chamber Headhunter headshots on LOUD’s remaining players.

After all, you can never count El Diablo out.

4. OpTic Gaming’s crashies proves the Frenzy is the best pistol in the game

Austin “crashies” Roberts demonstrated the destructive power of the Frenzy on pistol rounds during his team’s elimination match against LOUD in the group stage.

Right when Fade’s Haunt landed in B Main on Ascent, OpTic’s initiator peeked and killed two LOUD players with one clip of the Frenzy. Pinned down at B site, he went on to singlehandedly kill the remaining three enemy agents who were attempting to take control of the site, securing his ace.

Tomoki “xnfri” Mariya was in the zone when he faced FunPlus Phoenix on Ascent. Left in a 1v3 situation after his opponents had planted the spike, xnfri crept his way to the A site.

The Japanese player’s retake attempt was textbook perfect, clearing all possible corners the enemy team could have been holding. He was able to isolate all his 1v1 duels, earning himself one of the best clutch plays in the tournament so far.

Faced with a must-win round, XERXIA Esports prevailed thanks to the heroics of Itthirit “foxz” Ngamsaard. Armed with just light shields and Sheriffs, XERXIA pushed onto the A site of Haven.

But Northeption’s A site retake was swift — the Japanese squad deployed Breach’s Rolling Thunder ultimate, taking down four XERXIA players holding the site. However, foxz was in the perfect post-plant position at A Long to stop the enemy team from defusing the spike. The Thai initiator won a 1v3, throwing XERXIA a brief lifeline.

Watching a Sage dismantle the enemy team while on attack is truly something to behold, and that’s exactly what Roberto Francisco “Mazino” Rivas Bugueño did to LOUD on Icebox.

KRU Esports rushed through mid and turned the round into a mad scramble. While his teammates ran into the LOUD meat grinder, the Chilean player turned into a terror at B Orange, single-handedly picking off the entire enemy team.

Left in a 1v1 against Erick “aspas” Santos, he correctly predicted where he would be, getting the drop on the Brazilian player to clinch the ace.