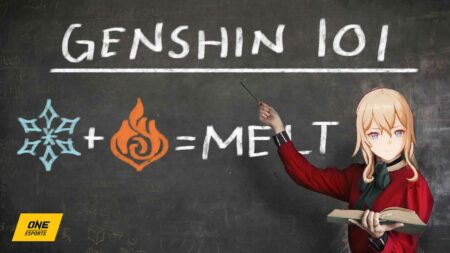 There are seven Genshin Impact elements present in the world of Teyvat, but do players know how to fully optimize their reactions?

As a fellow Genshin player who’s seen insane 100,000 damage combo compilations, it turns out that elements play a crucial role in bringing those numbers to life.

To help you decipher the words that pop up during your fights, here’s a quick guide to Genshin Impact elements and how their reactions work.

Players can utilize Genshin Impact elements to apply special status effects on themselves and their opponents.

As of now, HoYoverse has released playable characters in every element except for Dendro.

Here is the list of all seven Genshin Impact elements and their status effects:

Aside from having their own initial status effects, Genshin Impact elements can be combined into reactions that bolster your efforts on the battlefield.

Here is a full list of all elemental reactions and their effects:

Best reactions to use for beginners

Since a lot of players are farming for their best artifact set and weapon, elemental reactions come in handy as another way to amplify your characters’ abilities.

If you ascend your world level and you find you have a hard time staying alive, you can recruit a Geo character for your party to provide extra shields during combat.

If you don’t have a resident Geo character available, Traveler actually has the power to change into a Geo user. All you have to do is go to any of Liyue’s Statues of the Seven, and select the option “Resonate with Geo” to harness the specific element. This also works in other nations and their designated elements.

Now that you understand the unique effects of Genshin Impact elements and reactions, it’s time to dish out a killer elemental combo on a Nobushi warrior or Lawachurl.