Working in esports: The 5 biggest misconceptions

It’s not always what you think! 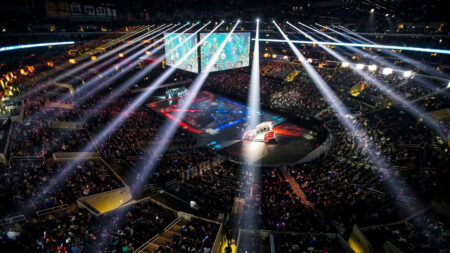 It’s one of the coolest and most interesting jobs to have. Working in esports is attracting many aspiring professionals, thanks to the popularity of esports athletes winning millions of dollars in prize money, and streamers like Shroud who flashed his US$500 golden spoons on stream.

But if you think that working in esports automatically means fame, fortune, and a luxurious lifestyle made from simply playing games and having fun all day, the reality of it might make you think twice.

Here are five of the most common misconceptions about working in esports.

5. People working in the esports industry are all young and inexperienced

Video games have long been associated with kids, but when it comes to working in esports, there’s a lot of room for those that are in their late 20’s, 30’s, and beyond. It’s a common misconception that everyone in the industry are fresh out of college.

Esports jobs that require some level of management and leadership, like coaching, team management, marketing and events, usually require professionals with more experience.

For example, Team Secret CEO John Yao actually has an extensive background in management consulting. In an interview with ONE Esports, he describes esports CEOs as being the middle ground for the gamer demographic, and the professional and business side of the industry.

With esports expanding quickly, many professional senior-level executives are getting involved in jobs like esports management, game development, and more, which in turn makes the industry more sustainable.

4. Working in esports means you play games all day

If you’re a pro player or a streamer this might be true, but it’s a misconception that everyone working in esports gets to play all day.

For instance, professional Valorant observer Nicolas “Yehty” Tesolin told ONE Esports that during broadcast weeks for the Valorant Challengers Tour, he doesn’t actually get to play the game due to the long hours.

A big esports event like the VCT can last anywhere between six to 10 hours a day, spread over several days and even several weeks.

When he does get to log into the very game he helps broadcast, he halves his time between playing and putting work in the spectator slot, experimenting with angles and perspectives.

3. You’ve got to be at the highest rank in all competitive games

If you’re a pro player, this comes with the job description.

But in the same way sports broadcasters or journalists don’t need to be physically capable in the sports they cover, it’s a common misconception that professional-level gaming skills are required in all esports jobs.

Great skill can mean potentially great viewership for streamers, but viewers might also be watching streams for entertainment rather than competitive reasons.

Alodia’s success in the gaming industry comes not just from streaming, but also from being an influencer, a cosplayer, model, and one of the owners of Tier One Entertainment.

A level of professional familiarity is required for esports and gaming titles if you’re in the industry, but not everyone has to be Tyson “TenZ” Ngo or Lee “Faker” Sang-hyeok. Other skills are also needed to keep the esports ecosystem alive.

2. If you’re a woman in esports, you can only be a streamer

Many women working in esports have on-camera jobs, such as hosting and streaming, but it’s a misconception that it’s the only job in esports and gaming that women can hold.

You might not have noticed Heather “sapphiRe” Garozzo at VCT Stage 2 Masters: Reykjavik, but her presence was in every shot as one of the esports observers for the event.

One of the biggest misconceptions of the esports industry is that working in esports can easily make you ridiculous amounts of money. Streamers like Shroud who own private jets and esports athletes buying their own race cars are realities, but these individuals are the top 1% of a whole ecosystem.

Much like any industry, how much you earn in esports depends on many variables, such as your position, what company you work for, your work ethic, and how you work your way up the esports job ladder.

And it’s anything but easy!

The esports industry is incredibly fast-paced. No matter what job you hold, there’s a real grind involved. You need to keep up with games, events, players, brands, statistics, and more. Deadlines and quotas still need to be met, whether you’re working for a company or trying to make it as a freelancer.

At its very core, esports is fueled by community and passion. Despite all its hardships, esports professionals are very happy to turn what was once a hobby into one of the coolest careers to date.

READ MORE: X10 Patiphan on his wrist injury: ‘If I keep doing this, I might not be able to play again’