Four Esports CEOs share their secrets to success in the industry

“Get on this train because it’s definitely going somewhere.” 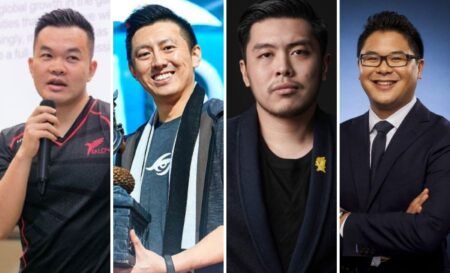 The esports industry was built on the backs of gamers. Whether you’re a pro gamer, a game developer, a tournament organizer, or just a fan, one thing that we have in common is that we’re gamers.

Even at the highest levels in esports, it is gamers that are leading the way.

Look at their resumes and you’ll see four very different backgrounds. Alimurung and Yao started their careers as management consultants, Zhang was an equity analyst, and Liem was an investment banker. But the one thing that ties them all together is that they grew up playing games.

In the recently-concluded ONE: IGNITE Webinar, the four CEOS talked about how their professional backgrounds and an inherent love for gaming allowed them to approach the industry from a unique perspective.

“This group of CEOs is kind of in the middle. We have professional experience but we are close enough to the demographic of gamers, since we played these games ourselves, that we can really connect with the audience,” said Yao.

“We are not so far away from esports on the professional side that we have no real connection or understanding of esports and its audience. But we are also not so far into the gamer side of things where we don’t have the professional experience to run a business.”

For these CEOs, threading the needle between thinking like an esports fan and a businessperson is paramount in leading their organizations and helping them grow.

“It’s always the push-pull of what is the best business decision you can make and what are the best gaming audience decisions you can make. So you just have to find the middle ground between those two where you can be successful,” added Yao.

But more than the business side of things, these esports CEOs have also brought new insights from outside the competitive gaming bubble to help their teams excel in virtual battlegrounds. For example, how exercise and physical training can help players enhance their performance, even if they play with a mouse and keyboard instead of a racquet or ball.

“Reaction speed is very important for a lot of games. Sometimes the difference between winning and losing is literally a split-second and being able to react to a certain move in that window,” said Zhang.

“So, physical training is fundamentally important, something that we value a lot in Talon and working with football club, Paris Saint Germain. It’s something we focus on ensuring that our players are educated and understand why they need to do it.”

Player psychology is another new idea in esports circles, but is something readily embraced by these CEOs.

“That also seeps into team psychology, as it is one of the biggest factors when it comes to tournament play. You know, players can get angry at each other and that will lead to losing matches. So, we try our best to implement professionalism and a winning psychology in our teams, and we have coaches and managers to do just that.”

All that has translated to in-game performance. Team Secret’s Dota 2 team remains the best in the world and is arguably the most dominant team in the history of the game, Talon’s League of Legends team, PSG Talon, recently qualified for the Worlds 2020 Main Event after topping their Worlds Play-In group, and ONIC’s Mobile Legends: Bang Bang Indonesia and Philippines teams both finished MPL S6 in the top 5.

For those with a professional background and a passion for gaming looking to enter the esports industry, these CEOs have some valuable advice:

For Yao, one thing that brands should know about esports is that, from a marketing perspective, the industry “is not one-size-fits-all.”

For Zhang, brands should look to build a genuine story and understand what the space is all about.

“I feel like a lot of brands who enter esports basically want to just implement their style of thinking onto the teams and what they want to do. The gaming community is very particular in their language, style, and the way they talk. So, it’s important to mimic that and have someone who understands that. Otherwise, it will backfire on you,” Zhang added.

For Liem, brands should know that esports is a very dynamic industry, with many different ways with which you can make a splash.

“Aside from just operating a team, you can do social media marketing, merchandise retail, and so on. It’s also very different for each team, each team can be focusing on different revenue streams, whether it’s signing great players to win tournaments or more popular ones to drive engagement,” Liem added.

But even if you don’t have a professional background, entering the esports industry isn’t impossible. As Yao put it, “there’s no set rubric” on how to get into esports. You can be a player, coach, manager, owner, social media guy, writer, production staff, and more.

“Esports is uncharted territory. We’re defining things as we go and things move so very quickly. There’s no set rubric on how to get in it,” added Yao.

ONE Esports own Carlos Alimurung said that there is no better time than right now to get into esports.

“I remember something I heard from Warren Buffet: Just get on the right train. The same applies to esports. I tell people, if you’re interested in esports, just get on it. Get on this train because it’s definitely going somewhere,” he said.

Judging by this new breed of esports CEOs helping to steer the ship forward, the future of esports is bright.

You can watch the full webinar for yourself here:

READ MORE: After being accused and cleared of cheating, Mika Daime tells ONE Esports her side of the story